Fashion and Sheryl Crow raise money for Down Syndrome awareness in D.C. (Video) 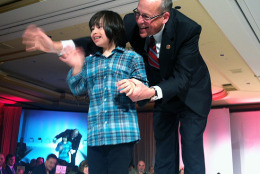 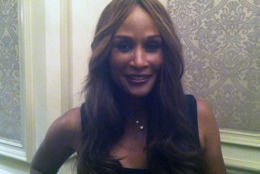 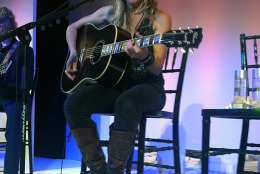 WASHINGTON – There was lots of vamping on the catwalk at the Ritz Carlton in D.C. Wednesday night.

A fashion show featuring more than two dozen models with Down Syndrome, many of them children, took center stage.

The show was part of a benefit for the Global Down Syndrome Foundation, which is working to raise awareness about the disorder and gather more funding for research.

“We don’t get our fair share of funding in terms of the National Institutes of Health research dollars,” said the Foundation’s Executive Director Michelle Sie Whitten.

She said there appears to be a link between Down Syndrome and Alzheimer’s disease.

“I believe that if we study people with Down Syndrome, that we will have a better, faster path toward treatments or even a cure to Alzheimer’s,” said Whitten.

Once the fashion show was over, singer-songwriter Sheryl Crow took the stage and performed several of her hits, including “All I Wanna Do.”

“Everybody looks so pretty tonight,” she told the crowd.

“Loved the fashion show. Loved it.”

It’s not known yet what causes Down Syndrome, which the Centers for Disease Control estimated in 2011 affects one in 691 babies born in the U.S.

See highlights of the fashion show in the video below: