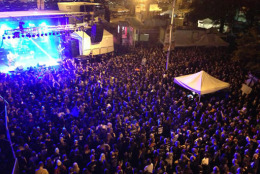 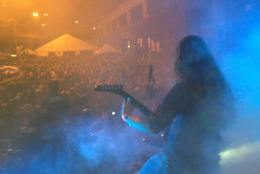 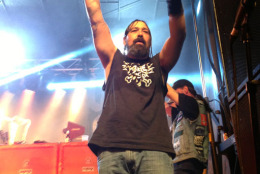 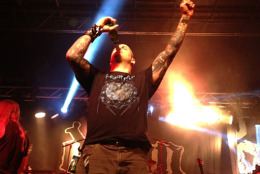 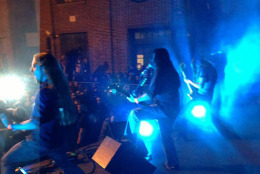 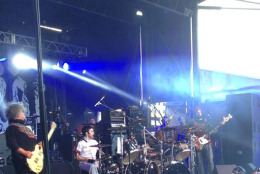 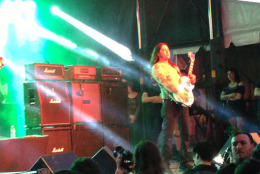 WASHINGTON — Once a year, thousands of doom, grind and black metal heads descend on Baltimore like a brood of cicadas.

Maryland Deathfest, “America’s biggest metal party of the year,” draws crowds from across the globe to see legendary bands like Bolt Thrower, Carcass, Down, Sleep and Venom, many of which rarely play the U.S.

Most fans don’t care whether it’s pouring rain or, in this year’s case, unseasonably cold; they just want to throw their fists up and bang their heads.

But roughly a week after the 11th annual extreme music festival, organizers say they are not certain it will return to the same venue.

When asked whether next year’s festival will be held at the club formally known as Sonar, co-founder and organizer Evan Harting says, “Absolutely not.”

“We will definitely be looking into alternatives,” he says.

This year was wrought with disaster after disaster, from security snafus to food vendor confusion.

Were studs and spikes on belts and clothing actually banned? Was former Pantera and current Down frontman Phil Anselmo to blame for legions of fans being turned away at the gates because of their potentially dangerous attire?

And who pulled the plug on Venom: the organizers or the City of Baltimore?

These and more questions had the masses shaking their heads and complaining on social media that they will never return to Deathfest:

“Probably not attending next year if it’s at the same place or under the same ridiculous curfew changes,” Metallic Joe writes on Facebook. “It left a sour taste in my mouth. Also the wristbands snapped off fairly easily and they gave me a hardcore attitude for asking for a new one. Otherwise was a fun time!”

“Look dude, people pay a lot of money to go to MDF. They don’t pay it to play ‘disaster roulette’ with thug security,” writes Will Blackheart on Facebook. “It’s in the best interest of MDF to make sure everyone has a good time, so that everyone keeps coming back.”

Despite the complaints, the faithful swear to return year after year no matter where the organizers take America’s biggest metal party:

“Great event as always. I fly from Denver every year for this. You guys are professionals and your apologies for the headaches is humbling. Many thanks and extra thanks for the extra Speedwolf set! See ya next year! Bring Dark Throne to the states,” writes Dan Barnhill on Facebook.

And some fans are already requesting bands for next year’s lineup:

As for this reporter, I wouldn’t miss the country’s premier extreme music fest, even if bands like Carpathian Forest don’t get their visas in time to cross the U.S. border.

Editor’s note: WTOP’s Alicia Lozano is a producer for an upcoming documentary on Maryland Deathfest. See a teaser below.

And watch part of Midnight’s live set below: