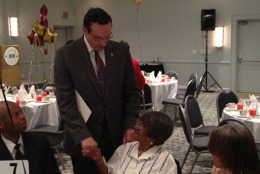 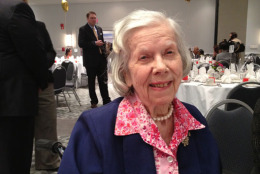 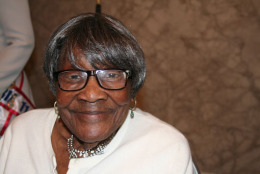 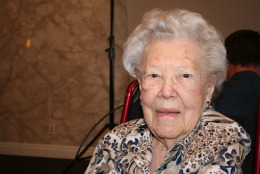 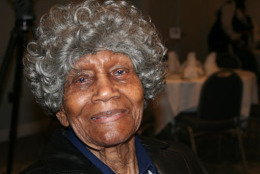 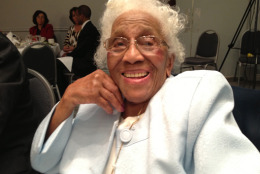 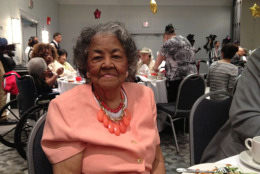 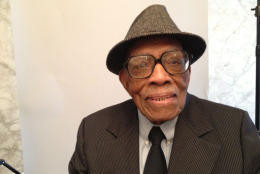 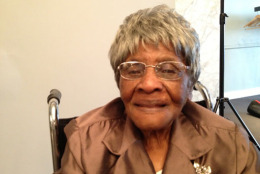 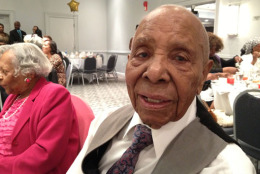 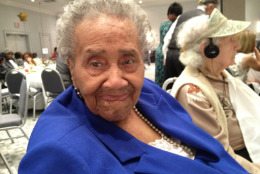 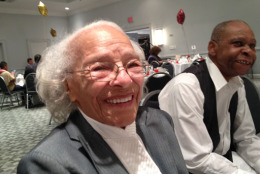 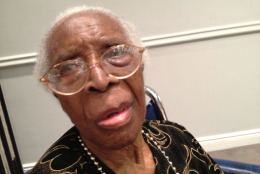 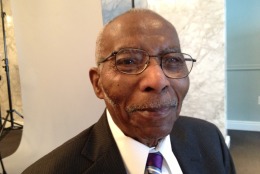 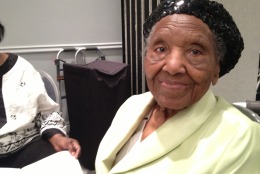 WASHINGTON – George Boggess fought in World War II, marched along Martin Luther King Jr. and served his neighbors at the D.C. Superior Court. Now, the 101-year-old is imparting advice on how to live a long life.

“I attribute my longevity to a great extent to walking, not being in the back of the car strapped down,” Boggess says.

Boggess joined a dozen other D.C. centenarians in an annual celebration of their long lives, which was put on by the city’s Office on Aging and Family Matters of Greater Washington.

Today, 195 residents who have passed the century mark live in the District. Only 21 of them are men.

“It seems that these ladies need to share some tips with the men here,” said D.C. Mayor Vincent Gray at Tuesday’s reception.

Honoree Carletha West says everyone keeps asking her what is in the water she’s drinking.

“I told them I’m going to bottle some water and start selling it like that and tell them this is what I drink,” West says.

Both West and Boggess say they think staying active is what got them to this stage of life. Mary Meyer, 100, couldn’t agree more.

“I’ve done almost everything that I know of: ballet, I’ve done tai chi. I’ve done yoga. I walked 4 miles day. I stretched and flexed. I wrote the book,” Meyer says.

She also ate small meals and traveled a lot, which required even more walking.

Several of the centenarians had siblings who also lived past 100 years of age and fewer than 20 percent of them live in nursing homes, according to the Office on Aging.

Mayor Gray says he wants seniors in the District to be able to live where they want and how they want, as long as possible.

“We want to make sure people who are vibrant and involved in their community can do that,” Gray says.