The sisterhood of ACL recoveries

In a city where attention has been focused on the knee injuries of Redskins quarterback Robert Griffin III, the fact remains that the athletes most likely to tear their anterior cruciate ligaments are teenage girls.
Listen now to WTOP News WTOP.com | Alexa | Google Home | WTOP App | 103.5 FM
(1/10) 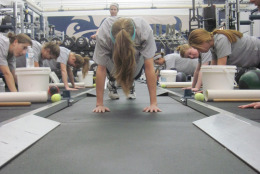 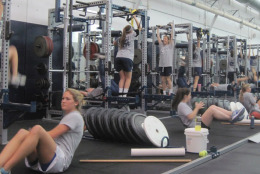 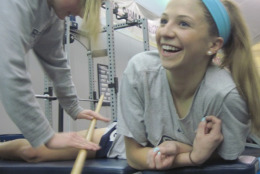 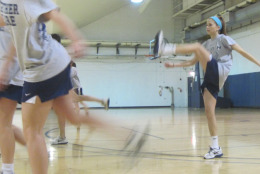 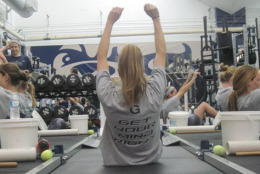 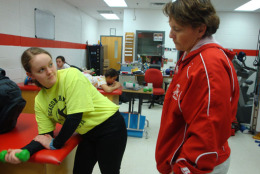 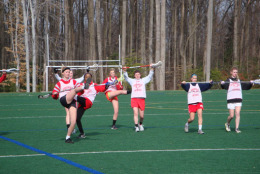 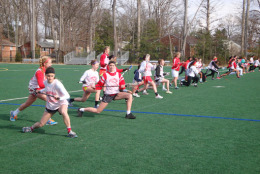 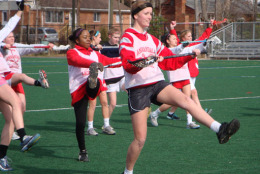 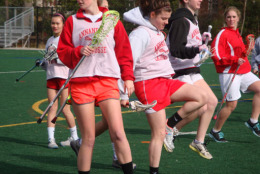 WASHINGTON – Jody Cumberpatch says she was born and raised to play lacrosse, and she has the scars to prove it.

The Annapolis native is a member of the women’s varsity lacrosse team at Georgetown University. But this season, she’s sitting on the sidelines, waiting for a torn ligament — the second of her athletic career — to heal.

In a city where attention has been focused on the knee injuries of Redskins quarterback Robert Griffin III, the fact remains that the athletes most likely to tear their anterior cruciate ligaments are teenage girls.

“Girls in their adolescent years are probably somewhere between two and six times more likely to have a cruciate injury than guys,” says Dr. John Klimkiewicz, head of sports medicine in the Department of Orthopaedic Surgery at Medstar Georgetown University Hospital.

He says there have been many theories about why more female than male athletes suffer ACL tears, and the latest research points to differences in the way they move. Men and boys, for example, tend to jump and land with their knees in a crouching position. Women and girls are more likely to land with straight legs and their knees often bend in.

As a result, the sports with the worst record of ACL tears are ones in which girls have to jump, land and pivot the most. Klimkiewicz says soccer leads the list, followed by basketball and lacrosse.

About 150,000 ACL injuries occur in the United States each year, according to the American Orthopaedic Society for Sports Medicine.

“It’s definitely a growing epidemic,” says Cumberpatch, who found plenty of company when she went to the university weight room to rehab her knee after surgery. She says there were about seven female athletes recuperating from ACL tears.

Cumberpatch refers to the group as a sisterhood, but calls it “one that you would never want to be part of.”

And that sisterhood casts a wide net. Georgetown is just one school in the region and country in which ACL tears have plagued sports teams. The University of Maryland, for example, lost two of its top basketball players for the current season when they tore their ACLs and began the six month process of surgery and physical therapy.

Mike Hill, director of sports performance at Georgetown, says proper conditioning can cut the risk of tears, and athletes need to start conditioning long before heading to college.

In his training facility, he says women athletes get the same opportunities as men to work on strength, balance and movement. But he says this kind of training is not usually available to younger athletes, who are developing poor habits that can last a lifetime.

Klimkiewicz says injury prevention should start at the pre-teen age.

“The earlier the better,” he says.

He says most prevention exercises can be worked into regular practice sessions, and even a brief series of exercises two to three times a week can make a difference. The idea, he adds, is to strengthen knees and surrounding muscles while teaching girls how to jump and land properly.

That is the premise of an ACL prevention program called “Fit” that has been offered for several years in the Fairfax County School District. Two other local districts — Howard and Anne Arundel — have pilot programs. There are no others in the D.C. area.

But even in Fairfax, where the school board supported the program, it has proven to be a tough sell with coaches.

“It is very hard for coaches with limited time, limited space, limited amounts of hours that they have to practice, to utilize practice time to do this type of program,” says Kathy Ayers, a certified athletic trainer at Annandale High School who helped develop the program.

Ayers says interest in the “Fit” program is slowly growing and points to the experience at Annandale High School as proof it can make a big difference.

This is spring lacrosse season at Annandale, where teenage girls dream of making the elite college level and emulating the success of players like Georgetown’s Jody Cumberpatch.

But they are not equaling her record in the operating room. Since the “Fit” program was implemented at the school, not a single member of Annandale’s girls’ lacrosse team has torn an ACL during practice or a game.

“We are doing something to really help them physically to prevent injuries, and they are also conditioning for our sport,” she says.

On a cool spring afternoon, the girls giggle as they go through the series of high knee lifts, lunges and other moves. Kathy Ayers says few, if any, realize that these exercises protect their knees. She says the girls just see them as a way to get better at their sport.