Off the 8’s: Please, you call this winter? 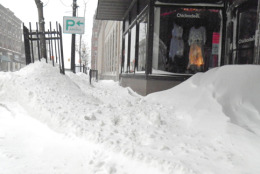 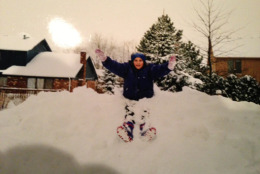 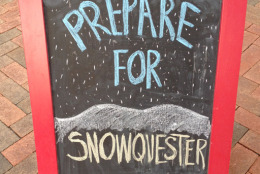 WASHINGTON – “So, are you ready for your first Washington snowstorm?” WTOP anchor Shawn Anderson asked me as we passed each other in the newsroom kitchen.

It was Tuesday afternoon, and the anchors, reporters and meteorologists had been reporting all day on the rare March snowstorm headed straight for the capital. The National Weather Service predicted D.C. could get up to 5 inches of snow.

I turned to Shawn and could only laugh.

I’ve spent the past 22 years in a state where students were lucky to get a snow day if there was half a foot of snow on the ground, drivers don’t wash their cars from November to March because the salt will dirty them 5 seconds after leaving the car wash and venturing outside without gloves wasn’t an option — unless you like the stinging sensation of warmth returning to your fingers when coming back inside.

After 22 winters in Michigan, a little snow in Washington isn’t going to faze me.

I understand it’s March, and the region hasn’t seen snow this time of year in a while. Actually, the weatherman on Channel 4 pointed out Monday night that D.C. saw snow in March quite recently — as recently as 2009. I looked at my dad who was in town visiting, and we burst out laughing. We’ve seen snow in April, and it was more “recently” than 2009.

I’ve come to learn that in a newsroom where traffic and weather are reported on the 8s, snowstorms are like Christmas presents. And wrapped inside are higher radio ratings — a snow advisory story never fails to capture a Washingtonian’s attention.

Driving to work at 7:30 a.m. Tuesday, I heard one “snow tips” report advising listeners how to prepare their homes for a winter storm. A few hours later, we ran another story about when to use four-wheel drive.

If WWJ aired those stories in Detroit, listeners would think reporters from Florida hijacked the station. They would also think the school closing announcements were the result of a prank.

Since living in Washington the past few months, I’ve been amazed by the number of school closures and delayed start times. One morning I woke up to the rare sight of lightly sprinkled snow on the ground. I then looked at my phone and saw a dozen text messages. I panicked, thinking there was an emergency, only to scroll through the WTOP alerts announcing a dozen school closures.

I can’t decide what was more comical — that day or the one when federal employees were told to come to work a few hours late because of freezing rain. If the Michigan government delayed start times because of freezing temperatures, lawmakers would never go to work.

You must understand this all comes from a place of deep jealousy. It’s painful to recall the number of times I stood on the street corner, impatiently waiting for the school bus in 10-degree weather, or the mornings I trekked across the University of Michigan campus in winds so cold my eyelashes froze and it hurt to breathe. And I can’t forget (even if I wanted to) the times I nearly missed first hour because my blue Pontiac G6 couldn’t make it over the snow piled at the end of the driveway. There’s no better morning exercise than some heavy-duty snow shoveling.

It’s been rather amusing to watch D.C. residents react to the mere threat of snow. I made the mistake of going to Giant last night to simply pick up some lettuce and was nearly mauled by shopping carts racing toward the milk and bread aisles.

While the hype is rather extreme, I’m actually looking forward to this “Snowquester,” as the storm was affectionately nicknamed. (We don’t name snowstorms in Michigan because we would run out of names by January.) I miss the Evergreens dusted in snow, lopsided snowmen in front yards and the serenity of a world blanketed in white.

So, to answer Shawn’s question, I’m more than ready for my first Washington snowstorm. But after living here this “winter,” I know better than to expect anything more than a few snowflakes.

Editor’s Note: Off the 8’s is a WTOP Living feature, in which staff inside the Glass-Enclosed Nerve Center share personal stories from their lives.