Students dead in murder-suicide near University of Maryland 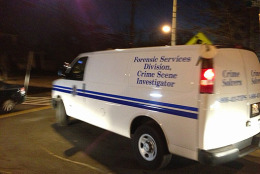 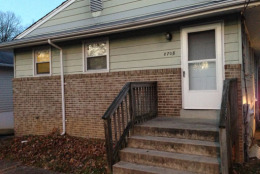 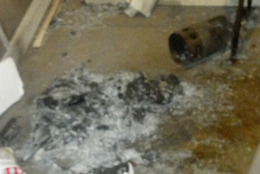 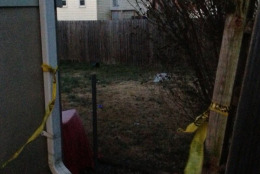 WASHINGTON – Authorities have released a timeline of events leading to the murder-suicide.

They say Dayvon Maurice Green set multiple small fires in and around the backyard of his home early Tuesday morning. One of the roommates woke up and alerted the second roommate. The three agreed to put out the flames, but one person was shot while walking inside to get water. That roommate attempted to run. After realizing he had been shot, he went to a neighbor for help.

The other roommate collapsed after being shot multiple times. He was taken to a local hospital and later died. He is identified as 22-year-old Stephen Alex Rane of Silver Spring, Md.

Rane was an undergraduate.

The surviving roommate is also a 22-year-old undergrad. His identity has not been released.

WASHINGTON – Police identify the shooter as Dayvon Maurice Green, a 23-year-old graduate student. He had been suffering from mental illness for at least a year, officials say.

Inside the home where Green killed his roommate and himself, authorities found a “bag of weapons,” including a fully loaded semi-automatic weapon with extra ammunition, a baseball bat and a machete.

WASHINGTON – Two University of Maryland students are dead and another wounded after an off-campus murder-suicide Tuesday morning.

Prince George’s County police say the incident happened just before 1 a.m. at a home in the 8700 block of 36th Avenue near the university’s campus in College Park, Md.

Police say a preliminary investigation shows a person who lived in the home set several small fires in the basement and in the backyard, and when his two roommates went outside to talk to him about the fires, he shot them.

“He hit one of his roommates, and then as the second roommate was running away, he shot that roommate as well,” police spokeswoman Julie Parker says.

Parker says the suspect then went to the back of the home and killed himself. The weapon was recovered at the scene.

One of the victims was pronounced dead at a hospital, and the other suffered injuries that were not life-threatening. Parker did not give information on the ages of the students or how long they had been at the university.

Police are in the process of notifying family members of those involved.

“At this point it’s far too early in the investigation to reveal much more about the people involved in this,” Parker says.

The University of Maryland sent an alert out at 1:16 a.m., stating that suspects were spotted in a tan Honda Odyssey. The university’s public safety department later said the information related to the Odyssey was not correct and there was no such vehicle involved.

“We are not looking for any other suspects,” Parker says. “There is no suspect vehicle.”

Detectives were canvassing the neighborhood following the incident. Anyone with information is asked to call the police department’s homicide unit at 301-772-4925. Those who want to remain anonymous can call Prince George’s County Crime Solvers at 1-866-411-TIPS, text “PGPD” plus a message to 274637 or submit a tip here.

University of Maryland President Wallace Loh released a statement Tuesday morning saying the school community “awoke this morning to heartbreak” and extending sympathies and prayers to those who knew the victims.

He says he has asked university police to assist Prince George’s County investigators, and that the school’s places of worship and Counseling Center are open to those who need “support and comfort.”

“Ours is a university of great resolve,” Loh says. “Together, we will emerge from our collective sadness.”