He\'s credited with creating a sound that defined the D.C. music scene for years. Now the Godfather of Go-Go will get his own stage. D.C. Mayor Vincent Gray signed legislation on Thursday paving the way for the Chuck Brown Music Pavilion.
Listen now to WTOP News WTOP.com | Alexa | Google Home | WTOP App | 103.5 FM
(1/4) 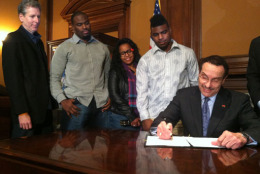 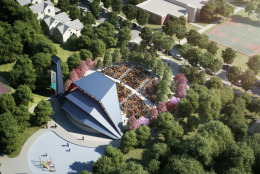 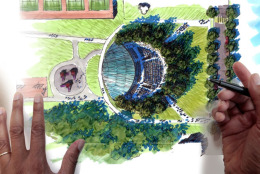 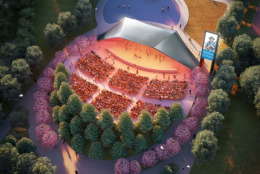 WASHINGTON – He’s credited with creating a sound that defined the D.C. music scene for years. Now, the Godfather of Go-Go will get his own stage.

The memorial stage will be built in Northeast D.C. in Langdon Park. The 900 seat open air amphitheater will be surrounded by magnolia and cherry trees and will include a timeline tower listing every song Brown recorded in chronological order.

Gray said the memorial is just one way to ensure Brown’s legacy is remembered for generations.

“It’s hard to stand here today and think that the day might come when people might say, ‘Who is Chuck Brown?’ That day would come if we don’t take steps,” Gray said.

Brown’s daughter, KK, says the family is still overwhelmed at the outpouring of support from friends and fans of her father.

“I just wish he was here to see it. I’m speechless,” she said.

Brown’s son, Nekos, says his father did know the city loved him, but maybe not how much.

“I don’t think he knew they loved him this much, he was always remained humble and he loved the fans,” he said.

Brown’s longtime manager, Tom Goldfogle, says Brown would have been thrilled to have a stage with his name on it.

The band will play at the memorial stage when it opens this summer. Until then, go-go fans can see them at the Howard Theater, Goldfogle said.

“They’ve been doing a legacy series at the Howard where they play with national artists,” Goldfogle said.