DC Rollergirls: With liberty and justice to brawl

For the women who play it, roller derby is more than a sport. Weeknights are scheduled around practices, weekends are taken up by bouts and broken bones are just part of the game.
Listen now to WTOP News WTOP.com | Alexa | Google Home | WTOP App | 103.5 FM
(1/19) 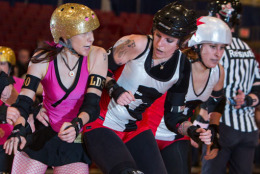 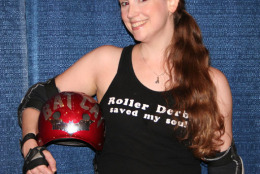 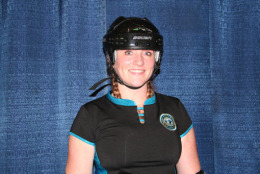 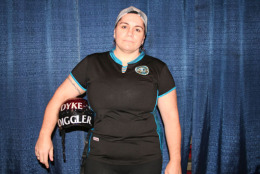 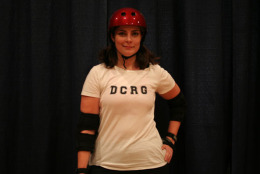 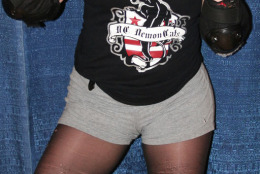 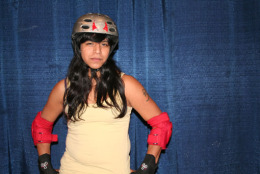 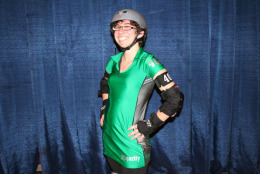 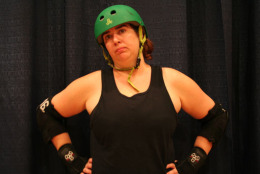 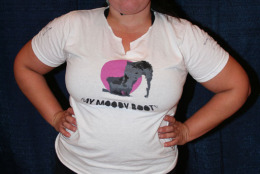 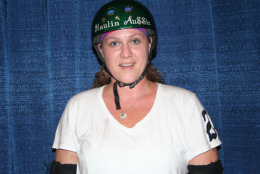 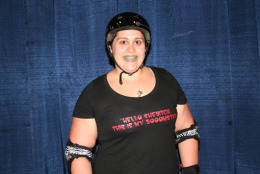 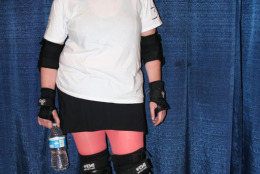 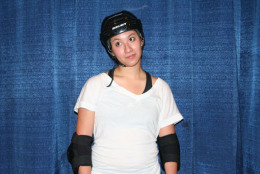 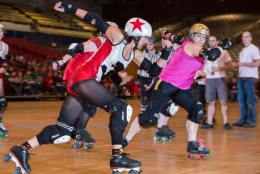 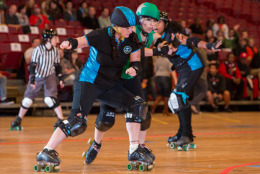 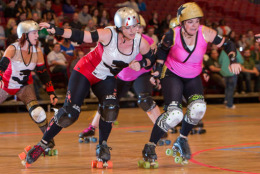 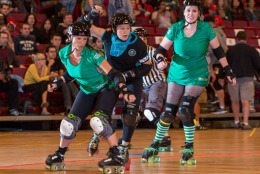 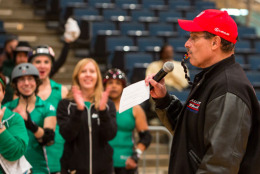 WASHINGTON – For the women who play it, roller derby is more than a sport. Weeknights are scheduled around practices, weekends are taken up by bouts and broken bones are just part of the game.

What started as a World War II-era spectacle has turned into a full-contact sport complete with helmets, knee pads and mouth guards.

In the 1970s and 1980s, roller derby looked a lot like the World Wrestling Federation: Flamboyant costumes and senseless violence drew cynical crowds just looking for a fight.

The sport has since evolved into a game filled with suspense and strategy, but that doesn’t mean the crazy names and torn fishnet stockings are gone. Sometimes dressing up also means getting beaten up when it comes to the DC Rollergirls.

On a blustery Monday night, the D.C. Armory is transformed into a maelstrom of skates and sparkles. Women from throughout the region arrive from work or after class. A skater’s adolescent daughter helps her mom’s teammates prepare for practice.

“When I first saw it live, I immediately knew I wanted to try it,” says Christy Chason, who skates for the DC DemonCats under the moniker Bat Cat.

That refrain is heard again and again from the Rollergirls. Because the current incarnation of roller derby is new within the last decade or so, even the most veteran of skaters only have a few years of experience. Everyone is essentially new to the sport, and almost everyone claims to have been converted the first time they saw a bout.

“I was 38 and realized that my coolness factor wasn’t there anymore and I had to do something,” says Carol Wilkes, also known as Mini Vandal.

After a quick online search for roller skating, the recently divorced mother stumbled upon roller derby. She collected a group of friends and went to a bout.

“We pull up … and there’s a couple of biker dudes and the [other moms] wouldn’t go in. I finally convinced them after 30 minutes,” she says. “We got there, they hated it and I fell in love with it immediately.”

Roller derby can look a little like rugby on skates to the uninitiated, but the actual sport is much more complicated:

“My favorite thing about roller derby is that anyone can do it,” says Emily Gerston, or Oxford Commakaze. “There are people who have come into derby literally not knowing how to stand up on skates who are now absolutely amazing skaters.”

DC Rollergirls formed in 2006 with skaters practicing in a Rosslyn parking garage. One year later, the league celebrated its first bout. Since then, it has expanded to include more than 70 skaters, who all volunteer their free time to arrange practices, procure venues and even sell concessions on game days.

Meet some of the DC Rollergirls by clicking on the image gallery above, and check out their next bout Saturday at the Dulles Sportsplex in Sterling, Va. Click here for ticket information.

Watch the video below to see them in action: