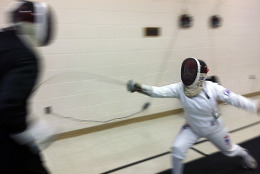 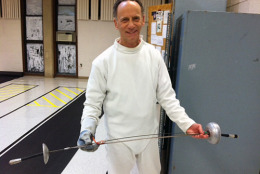 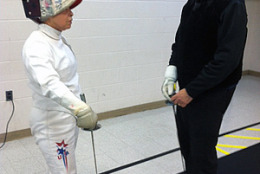 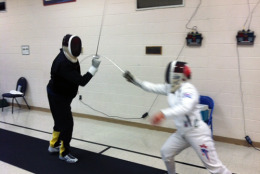 CHEVY CHASE, Md. If you don’t think two people pointing weapons at each other sounds fun, you don’t know fencing.

“Everybody has to find his or her own joy, and for me this is a lot of joy,” says D.C. resident Bettie Graham, a member of the Chevy Chase Fencing Club.

For the 10th time, she’s heading to an international competition at next week’s Veteran World Championships in Austria.

“I think we all have to-do lists, and so this was on my to-do list,” Graham says when asked what initially got her into fencing.

“It’s one of those lifetime sports. It’s something you can do when you get old, I mean you can’t play football when you’re old,” Graham says with a laugh.

Another member of the club, Mark Henry of Potomac, Md., will also compete in Austria. It will be his second time at the event.

Besides a love of fencing, these two have something else in common: Graham and Henry are both 71 years old.

“I became interested in fencing as a teenager in a summer camp. We had a few lessons and I loved it. It’s something I’ve always wanted to do. When I was a kid I always loved the swashbuckling moves, the pirates and the Three Musketeers and things like that. I always wanted to fence but I never really had the opportunity, so I took it up after I retired,” says Henry.

“It gets you moving, it’s an exciting sport. You can get your exercise on a treadmill and be bored to death, or you can run up and down a fencing strip worrying about being stabbed or stabbing someone else,” Henry adds.

And, for anyone interested in fencing, Finkleman says new classes are about to start up.

“We offer classes for kids 8 to 12-years-old, and we offer classes for adults as well from beginner level to intermediate level. Classes are offered through D.C. Parks and Recreation so they’re very reasonably priced. We supply all the equipment, and we have classes starting up later this month,” says Finkleman.