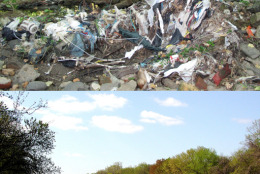 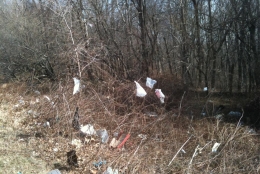 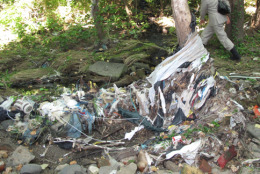 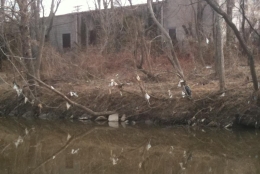 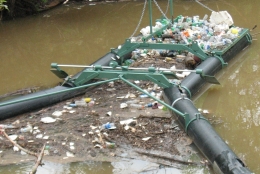 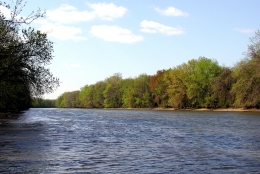 WASHINGTON – Shreds of dirty plastic bags wedged between rocks and wrapped around tree trunks once littered the banks of the Anacostia River.

“We’re finding a lot fewer bags actually out in the environment, especially in the tributaries leading into the Anacostia River,” says Julie Lawson, communications and campaigns manager for the Anacostia Watershed Society.

The 8.7-mile river spans from Prince George’s County in Maryland to the Potomac River in D.C. Before the District implemented the bag fee in January 2010, about 20,000 tons of trash entered the Anacostia River each year. Half of the debris was plastic bags, Lawson says.

Since the fee went into effect, the number of plastic bags weighing down shoppers’ arms and dug out of the brush has drastically decreased. In an OpinionWorks survey of 600 residents, 75 percent reported they had reduced their plastic bag usage.

From January 2010 to July 2012, the fee has generated nearly $5 million for the Anacostia River Cleanup and Protection Fund, according to the District Office of the Chief Financial Officer.

The fund pays for river restoration, trash traps that catch debris before it hits the Anacostia, anti-litter education for students and the community and the RiverSmart Homes project, which offers incentives for D.C. residents to remove stormwater pollution from their properties.

When D.C. passed the law sponsored by Councilmember Tommy Wells, D-Ward 6, and became the first major city to implement a 5-cent bag fee, studies estimated the surcharge would generate about $4 million a year.

In reality, the fee has generated about half that amount, or $2 million a year, which is actually a good thing, says Jeffrey Seltzer, District Department of the Environment associate director for stormwater management.

With each bag sold, 4 cents go toward the clean-up fund, and businesses keep the remaining cent. Seltzer says store owners have expressed “very little” opposition to the law.

In the same OpinionWorks survey of 51 stores in D.C., including liquor and grocery stores, restaurants and coffee shops, more than 85 percent reported a neutral or positive impact from the fee. A reduction in litter surrounding the store was one of the benefits.

Safeway spokesperson Craig Muckle says fewer people have asked for bags at the 14 Safeways in the District. As a result, the grocery store has benefited by ordering fewer bags and saving money on a once line-item cost.

Though Anacostia river cleanup crews have seen a significant decrease in the number of plastic bags, Lawson says the environmental battle is not over.

The main reason is that half the Anacostia watershed is in Prince George’s County, which does not have a disposable bag fee, Lawson says.

“The bags that are still being used in Prince George’s County are still making their way into the river, even in the D.C. part,” she says.

Efforts to implement a bag tax in Prince George’s have been difficult. Though county officials have expressed support for a bag fee, they do not have the authority to enact one without approval from voters or the Maryland General Assembly. When presented to the assembly for approval in March, the House Environmental Matters Committee 5-cent bag fee in January for all retail establishments, with the exception of paper bags given to customers at restaurants and cafes.

From January to July, the tax has generated about $1.25 million from more than 4.6 million bags, according to the Montgomery County Department of Finance.

Montgomery County spokeswoman Bonnie Ayers says the county expects to collect more than $2.1 million from 53.6 million bags in the first year of the program. All of the revenue goes toward the county’s Water Quality Protection Fund, which provides upgrades for stormwater facilities that capture litter and pollutants before they flow into waterways.

Though the fund helps maintain clean waters, Robery Hoyt, director of Montgomery County’s Department of Environmental Protection, says the county shares the same mentality as the District and hopes the revenue generated from the fee actually decreases over time.

“We really don’t want people’s money,” he says. “We really want them to use reusable bags.”

The tactic has worked on Linda Brady, who walked out of Giant Food Monday evening with two white plastic bags looped on her arms. The 66-year-old Bethesda resident says she thinks the bag fee is “ridiculous” and usually brings something to put her groceries in so she does not have to pay extra.

A few minutes before, Meredith Hannaford, 25, left the store with a load of groceries tucked in a lime green Giant cloth bag. Hannaford says she never carried a bag when shopping in Montgomery County before the fee took effect, yet she always brought one in D.C. or just carried items out the door in her hands to avoid the fee.

“Five cents extra isn’t really a big deal, but it does make you think twice about it,” she says.

In the last few years, dozens of cities and counties have implemented plastic bag fees or banned them outright. San Francisco became the first U.S. city to enact a ban at large supermarkets and pharmacies in 2007. In May, the Los Angeles City Council voted 13-1 for a plastic bag ban and 10-cent fee for paper bags, while Hawaii became the first state to ban plastic bags.

The Anacostia Watershed Society is currently lobbying Maryland officials to pass a statewide bag fee so prices stay the same no matter where consumers shop.

“We really feel that having patchwork laws around the state is bad for businesses and for customers,” Lawson says, “because it gets confusing (to figure out), ‘OK, what county am I in? How much does a bag cost?’ ”