How accurate is the Farmers\' Almanac when it comes to predicting winter in Washington? The answer might surprise you. WTOP takes a look a year-by- year look at the prediction and the reality.
Listen now to WTOP News WTOP.com | Alexa | Google Home | WTOP App | 103.5 FM
(1/5) 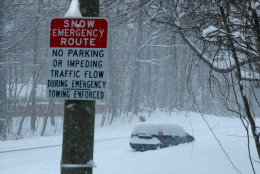 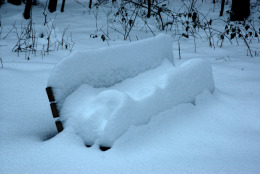 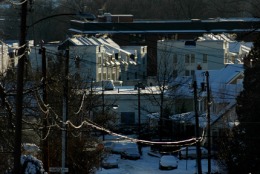 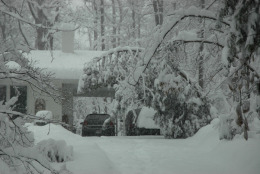 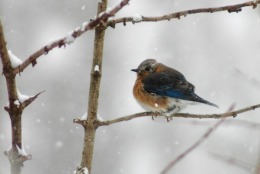 WASHINGTON – According to the Farmers’ Almanac, the upcoming winter will feature plenty of cold and snow in Washington.

The Farmers’ Almanac, in publication since 1818, provides long-range weather forecasts for the contiguous U.S. and Canada. The almanac warns residents to brace for “snowier than normal conditions and cooler temperatures” this winter compared to last.

The almanac gives people an extended weather forecast that encompasses one to two seasons, according to Sandi Duncan, managing editor of the Farmers’ Almanac based in Lewiston, Maine.

“Over the years, people who follow the forecast say we’re about 80 to 85 percent accurate,” Duncan says.

For Washington, the Farmers’ Almanac’s predictions over the past five winters have generally been on target.

The publication predicts whether winter temperatures will be above, below, or near normal, several months in advance. When comparing its temperature forecasts to the actual temperatures observed at Ronald Reagan Washington National Airport over the past five meteorological winters (December through February) the Farmers’ Almanac was correct three out of five winters.

When it came to snowfall, the almanac hit its mark at least three times when compared to actual snowfall observed at National Airport.

Prediction: The Farmers’ Almanac warned that the 2007 to 2008 winter was going to be “colder than normal … for the eastern half of the country” with “snowier than normal conditions expected.”

Reality: By winter’s end, a mere 4.9 inches of snow had fallen and the average temperature for the meteorological winter was 2.7 degrees above average.

Prediction: For the 2008 to 2009 winter, the Farmers’ Almanac exclaimed: “bone-chilling cold predicted for the coming winter.”

Reality: The month of January did feature an extended period of below average temperatures including Jan. 16 when the high only reached 18 degrees. Average temperatures from December to February were about one degree colder than average.

However, in predicting close to normal precipitation, Caleb Weatherbee (the pseudonym of the almanac’s forecaster) may have missed the mark. By the end of February, Ronald Reagan Washington National Airport had recorded exactly 6 inches of precipitation, almost 3 inches below normal. Only 7.5 inches of snow amounted from that precipitation, far from the “devastating” and “catastrophic” weather conditionsof which the almanac warned.

Prediction: Sandi Duncan admits that the almanac likes to brag about its forecast’s verification following Washington’s “Snowmaggeddon” winter of 2009 to 2010.

Late in the summer of 2009, the Farmers’ Almanac issued an ominous snowfall prediction: “Residents of Mid-Atlantic and Northeast states can expect some major snowfall in mid-February, with possible blizzard conditions in New England.”

Reality: Washington experienced a record-breaking snowstorm on Feb. 5 and 6, followed by another snowstorm on Feb. 9 to 10. The latter storm reached blizzard criteria, as defined by the National Weather Service. For temperatures, the almanac predicted the “Ice Cold Sandwich” winter would produce near normal temperatures for the region. However, temperatures were well below average during December and February and near normal in January. The average winter temperature was 35.8 degrees, 2.4 degrees below average.

Prediction: The Farmers’ Almanac declared the 2010 to 2011 winter season would “display a split personality nationwide.” It predicted that the eastern third of the country would experience colder-than-normal winter temperatures.

Reality: In Washington, the winter’s average temperature was 1.4 degrees colder than average. December’s average temperature of 34.6 degrees was 4.9 degrees colder than average, making that month one of the coldest on record. The almanac called for a “kinder, gentler” winter season, on the whole. Although Washington only received 10.1 inches of snow (about 5 inches below average), most of it fell during a single, fast-moving snowstorm that stranded thousands of evening commuters on Jan. 26.

Prediction: Finally, the almanac correctly forecast above-normal temperatures across most of the southern and eastern U.S. for the winter of 2011 to 2012.

Reality: Temperatures frequently soared to near record highs last winter. The average temperature for the meteorological winter was a balmy 43.4 degrees, making it one of the warmest winters on record in Washington. The almanac stated that “because of above-normal temperatures, much of the precipitation will likely be rain or mixed precipitation.” Precipitation was near or slightly above average across the region, mostly falling as rain. Only 2 inches of snow was recorded at Ronald Reagan Washington National Airport for the entire season.

Duncan says that the Farmers’ Almanac relies on a secret formula to generate the winter weather forecast so far in advance.

“It is both a mathematical and astronomical formula. It takes things like sunspot activity, position of the planets … and a variety of other factors into play,” she says.

“Only one person knows the exact details of this formula. He is our weather prognosticator. He goes by the name ‘Caleb Weatherbee.’ He’s a real person but that is not his true name. We keep him, as well as our forecasting formula, a secret,” Duncan says.