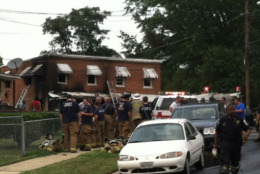 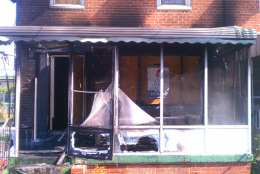 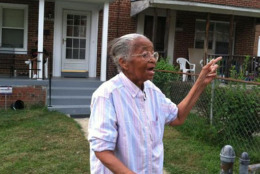 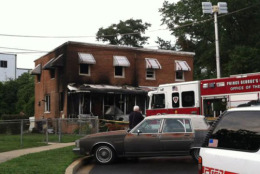 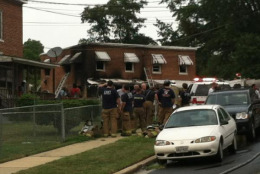 WASHINGTON – A second victim has died from injuries sustained in a Capitol Heights house fire that occurred Wednesday.

He had been hospitalized at the Medstar Washington Hospital Center Burn Unit.

CAPITOL HEIGHTS, Md. (EARLIER: 8/9/2012, 12:33 p.m.) – A fire that raced through a Capitol Heights duplex killing a 5-year-old girl and critically injuring two others has been ruled accidental.

The fire also caused $150,000 in damage to the home and displaced the family living there. The adjoining duplex did not sustain any damage.

The fire started Wednesday afternoon in the 6300 block of Carrington Court in a two-story duplex.

The surviving victims — her 24-year-old father and a 15-year-old uncle — remain in critical condition.

Neighbor Janette Gibson says she spotted the flames as she was leaving her house.

“I had walked outside to go to the store, and fire was coming from the side of the house. So I started screaming, ‘Help!’,” she says.

Those screams caught the attention of another neighbor who called the fire department around 4:30 p.m. Wednesday.

Gibson says she was friendly with the kids who lived in the burned-out half of the duplex.

“They come out and say ‘Hi’ to me in the evening, the children,” Gibson says. “All of them. Even that little baby girl.”

Gibson says she often saw Buffaloe riding her bicycle around the neighborhood, and when her grandchildren visit her, she let them play with the neighbor children.

When firefighters arrived at the scene, they found a 24-year-old man had made it out of the house on his own.

Fire crews used ladders to rescue the 5-year-old girl and a 15-year-old boy from the second floor of the house.

The father told firefighters the alarms in his house worked and alerted him to the blaze. The department issued new detectors to area residents who asked for one. They will last for the next 10 years.

Both children were unconscious and not breathing when first rescued, and were given CPR on the way to the hospital.

A fourth person who showed up at the scene later collapsed from emotion and was taken to a hospital as a precaution.

Brady estimates about 60 firefighters and paramedics responded to the scene.