Community rallies behind boy who lost family in murder-suicide 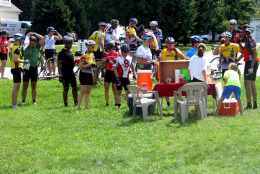 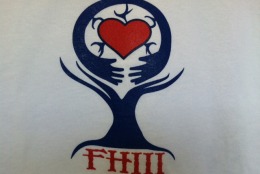 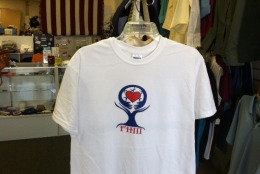 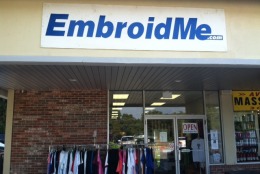 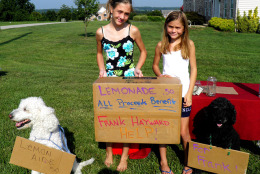 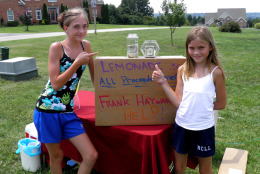 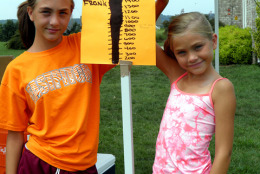 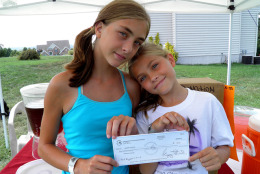 OWINGS, Md. – A 12-year-old boy who lost his family in an apparent murder- suicide in Calvert County two weeks ago continues to recover.

Now, friends and strangers are banding together to raise money for the boy’s medical bills.

Frank Hayward III was pulled from a burning home in Owings on July 31 and taken to a hospital in critical condition with burns and lacerations to his neck.

Police think the boy’s father, Frank Hayward Jr., shot to death his mother, Cynthia, and his 2-year-old sister Natalee before taking his own life.

Isabella Lunczynski, 13, went to school with Frank Hayward III, and when she and her sister Hannah, 11, heard about the tragedy they wanted to help.

“One morning we just heard about Frank and then we just thought, ‘Oh yeah, that would be a good idea,’ and put up a lemonade stand for him,” says Hannah.

For eight days, the girls sold lemonade from a stand in their Owings yard for 50 cents a cup.

“They were out there from 9 o’clock to dusk everyday, 9 (or) 10 hours a day, sitting outside trying to sell lemonade to help a friend,” says their mother Jeannine Lunczynski.

Others stopped by to donate lemonade and ice.

The girls closed the stand Saturday, but Jeannine Lunczynski says people were still donating. So they re-opened it Tuesday from 4 to 7 p.m.

So far the sisters have raised more than $3,000. The plan is to have the lemonade stand open weekdays from 4-7 p.m., and on weekends too at 7805 Farmview Court in Owings.

“The girls were thinking about perhaps maybe purchasing a laptop for him, and anything that goes with a laptop to give him … so he can keep in touch with everybody,” she says.

They also plan to set up their lemonade stand at two car show benefit fundraisers being organized Sept. 8 at Sneade’s in Lusby and Sept. 9 in Dunkirk Park.

“We’re trying to make sure that he is going to be taken care of through all of his medical bills, and all the way through college,” says owner Bonita Thomas.

The shirt features the boy’s initials as well as a logo that looks like arms reaching around a heart.

Thomas says it’s meant to show that the community is embracing the child.

The plan is to sell as many shirts as possible.

“We’re going to do it probably until we’ve made sure everybody has a shirt. In this county anyway. And anybody that lives outside of the county that’s interested, they can give us a call and we can ship them a shirt and get it in their hands.”

The shirts are $15 for sizes small to extra large. Double extra large and larger sell for $18.

Another way to help is to make a donation to the Hayward Family Relief Fund at any SunTrust Bank.

Donation can also be mailed to the following address: