A look at the history of the Declaration of Independence

Before the fireworks and barbeques begin, many Americans are taking time to think about the hard work of America\'s fore fathers on Independence Day.
Listen now to WTOP News WTOP.com | Alexa | Google Home | WTOP App | 103.5 FM
(1/3) 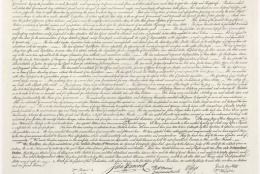 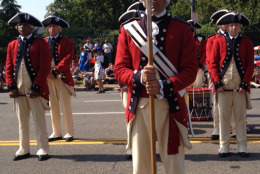 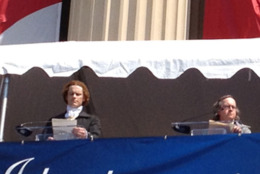 WASHINGTON – Before the fireworks and barbeques begin, many Americans are taking time to think about the hard work of America’s forefathers on Independence Day.

Every year on the 4th of July, the Declaration of Independence is read out- loud at the National Archives.

Thomas Jefferson wrote the Declaration of Independence between June 11 and June 28, 1776. It took him that long to express the “convictions in the minds and hearts of the American people,” as the National Archives explains.

The political philosophy behind the words in the Declaration came from sentiments expressed by John Locke and the Continental philosophers.

“What Jefferson did was to summarize this philosophy in ‘self-evident truths’ and set forth a list of grievances against the King in order to justify before the world the breaking of ties between the colonies and the mother country,” notes the National Archives on its page devoted to the Declaration.

The image of the Declaration that many are used to seeing is taken from the engraving made by printer William J. STone in 1823, according to the Archives.

The original Declaration of Independence is now on exhibit in the Rotunda for the Charters of Freedom in the National Archives. It has faded badly because of “poor preservation techniques during the 19th century,” the Archives says.