It has been a big spring in the long process of restoring oysters in the Chesapeake Bay.
Listen now to WTOP News WTOP.com | Alexa | Google Home | WTOP App | 103.5 FM
(1/4) 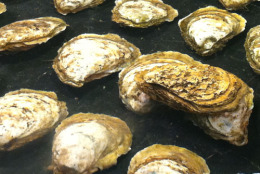 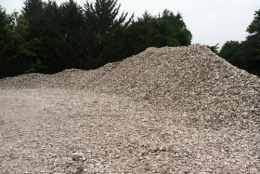 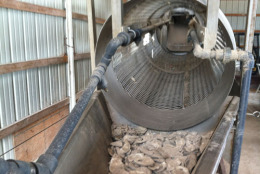 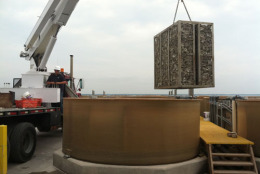 CAMBRIDGE, Md. – It has been a big spring in the long process of restoring oysters in the Chesapeake Bay.

“We had the best month of May we’ve ever had, for lots of reasons,” says Don “Mutt” Meritt, who’s in charge of the oyster hatchery program.

“We’ve had a good year as far as water quality goes,” he says, adding the team has also made some improvements in techniques done in the lab.

That record number is an estimated 200 million baby oysters – double the production of the previous May.

Still, the overall objective is an ambitious one.

“Basically, you’re trying to restore the population to what it once was 100 years ago on about 50 percent of the bars that were viable back then,” says Stephan Abel, the executive director of the oyster recovery partnership.

The ultimate target for production from this cooperative program is 1-2 billion baby oysters per year. So far, 750 million in a single season is the record.

Horn Point is the largest hatchery of its kind on the east coast for the native oyster. Employees and interns oversee a tedious process from spawning to “setting” larvae on shells purchased from Maryland’s processing plants.

“Once we’re done here, we have the oysters, we load them up on a boat, and we’re actually taken them down river to Harris Creek,” Abel says.

That is one of ten tributaries in Maryland slated to be restored by 2025 under a presidential executive order.