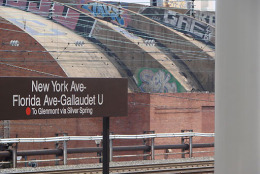 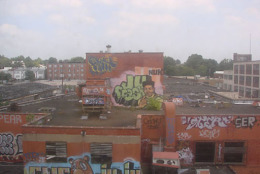 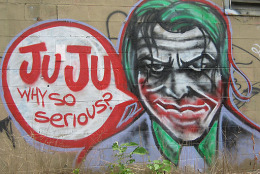 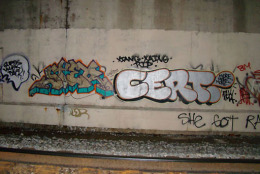 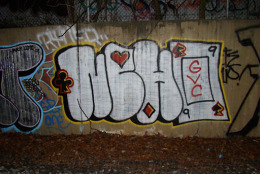 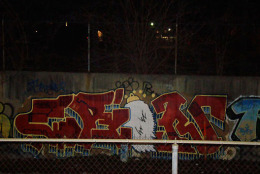 WASHINGTON – Colors burst and pop along a small stretch of land in Northeast D.C., dotting the landscape like fireflies at night. The corridor between Union Station and Silver Spring is tattooed with familiar names like JU and Cert, artists who use the city as their canvas.

Not everyone calls it art, however. Some call it vandalism, while others say it makes the city look dangerous or dirty. Others accept it as part of a familiar cityscape, something that comes with the territory of living in a metropolitan region.

Filmmaker Saaret Yoseph isn’t particularly interested in either moralizing or criminalizing the graffiti that follows the Red Line Metro. She just wants to get people talking about it.

“Everyone should have a very critical eye about the things they see every day,” she says while riding the Red Line from her home near Rhode Island Avenue to her job in Georgetown.

Few things escape the eye of this D.C. native, who is always noticing new things about the city and neighborhood in which she grew up.

“Just now walking to [the Metro] I saw there are newly planted flowers in front of the apartment building, and those apartment buildings alone are a huge change for me,” she says about the redevelopment of Northeast D.C. “Every day there is something new.”

Yoseph’s critical eye is what inspired the 26-year-old to make her first documentary, “Red Line D.C.,” which is part of a multimedia project that looks into “what happens when public space, public art and public transit collide.”

Watch a snippet of the first part of the film, “See Something, Say Something”:

Yoseph takes the Red Line every single day. She has always been intrigued by one particular tag – JU or JuJu – that would often be accompanied by a pop culture reference like the Fresh Prince of Bel Air or Super Mario Bros.

Seeing that name made Yoseph feel like she was talking to someone she had never met. So, like any intrepid reporter – Yoseph used to write and edit for the online magazine TheRoot – she set out to track down the man behind the Joker painting near Brookland Metro.

Once she managed to find the elusive JU, Yoseph realized she was on to something much bigger.

Not only is she seeing JU’s name every day, so are the thousands of people who ride the Metro or run, walk and jog down the Metropolitan Branch Trail. His graffiti is a kind of unifying force in the region, a shared experience, Yoseph says. That made her dig deeper.

Two years later, the Georgetown alum is in post-production and getting ready to screen her two-part documentary. She still hasn’t solved the issue of street art versus vandalism, but she has prompted a dialogue between graffiti artists and city officials.

For its part, the city appears to be at odds with itself.

Officials debate whether the spike is caused by an actual increase in tagging, or by an increased sensitivity to tagging.

In an effort to decrease illegal street art, D.C. Councilmember Jim Graham (D-Ward 1) spearheaded MuralsDC six years ago. The program recruits young people and established artists to create works in legal settings. Since 2007, 30 murals have been painted “that reflect the character, culture, and history of neighborhoods in the District, particularly in areas with high incidents of illegal graffiti,” according to the program’s website.

But talking about graffiti can be hard, Yoseph admits. Some people love it, others hate it and many more are indifferent to it.

Graffiti, with its own type of lettering, style and culture, can be off-putting because people are not familiar with it, she says. Like any kind of outsider art, tagging is often misunderstood or ignored altogether.

“If you’re not hip to whatever language is being spoken…it’s this idea like,