Amelia Earhart may not have been the first female pilot, or even the best, but her mysterious disappearance over the Pacific Ocean in 1937 affirmed her status as the most iconic figure in American aviation.
Listen now to WTOP News WTOP.com | Alexa | Google Home | WTOP App | 103.5 FM
(1/5) 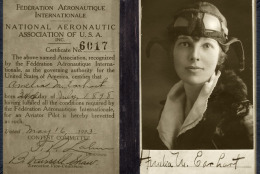 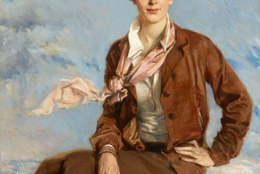 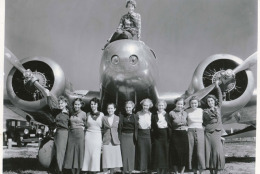 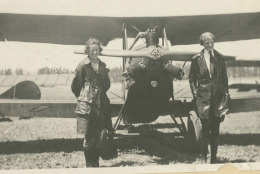 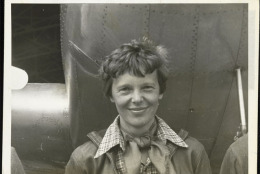 WASHINGTON – Amelia Earhart may not have been the first female pilot, or even the best, but her mysterious disappearance over the Pacific Ocean in 1937 affirmed her status as the most iconic figure in American aviation.

Timed to coincide with the 75th anniversary of her vanishing — during her attempt to fly around the world — the National Portrait Gallery is opening an exhibit dedicated to the woman they dubbed “Lady Lindy.”

“One Life: Amelia Earhart” opens June 29 and runs through May 27, 2013. The one-room exhibit features photographs, paintings and drawings on loan to the gallery from the Smithsonian and Purdue University Library. The exhibit also includes object such as her leather flying helmet, pilot’s license and smelling salts.

While Earhart is one of the most well-known female aviators in American history, the exhibit also shares the story of Earhart as a strong, independent women who fought for women’s rights at a time when women typically did not venture out of the home, let alone into a pilot’s seat.

After becoming the first women to cross the Atlantic in 1928, Earhart became an international celebrity.

“She understood that this represented an opportunity to promote women in aviation and also women to lead independent lives, professional lives outside the home,” Goodyear says.

In November 1929, Earhart helped to organize The Ninety Nines, a group of 117 American female pilots. She was elected the organization’s first president. The group was named for the 99 charter members.

Today, the Ninety Nines are an international organization of licensed women pilots from 35 countries. It has grown to thousands of members.

Earhart was born in 1897 Atchison, Kan. A year after she graduated from Hyde Park High School in Chicago, Ill. she went to Toronto, Canada to volunteer as a nurse at Spadina Military Convalescent Hospital for the “walking wounded” of WWI.

That experience led her to enroll in the pre-med program of Columbia University. She left after one semester.

Earhart discovered her love of aviation after taking her first flight with pilot Frank Hawks in Los Angeles in 1920.

As she was becoming America’s aviation sweetheart, Earhart was ambivalent of her newfound celebrity, but she used it to further her love of flying and her role as a standard-bearer for women in aviation.

“Amelia Earhart’s impact on American culture expands beyond her record-setting aviation feats,” says Martin Sullivan, director of the National Portrait Gallery. “She was also an advocate for aviation and women and championed the first commercial airlines. Now we take for granted the convenience of air travel and equal rights for all, but in the 1920s and ’30s these positions reflected the ideals of a bold visionary.”

The fascination with Earhart continues to this day, 75 years after her attempt to make a circumnavigational flight of the globe in 1937. She and her co-pilot disappeared over the central Pacific Ocean near Howland Island.

In March, an enhanced analysis of a photograph taken months after her plan vanished shows what experts think may be the landing gear of the aircraft protruding from the waters off the remote island of Nikumaroro, in what is now the Pacific nation of Kiribati.