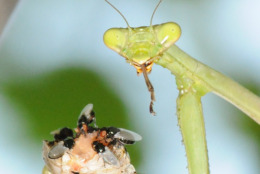 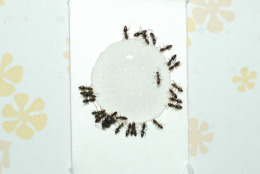 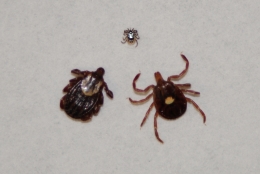 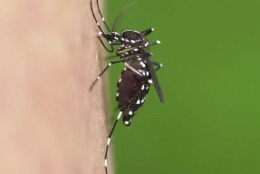 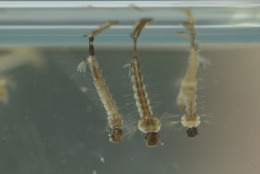 COLLEGE PARK, Md. – The mild winter and warm spring may have helped area plants and trees bloom faster, but it could come at a price: a potentially buggy summer that could affect everyone from home gardeners to farmers.

University of Maryland entomologist Mike Raupp said the mild winter was helpful for bugs that rode out the colder months in soil that did not freeze as often due to above average temperatures.

In addition, the unusually warm start to spring could allow bugs with multiple generations — like aphids and spider mites — to get a head start and complete more generations than normal, leading to an overall larger population.

Although Raupp said it’s not definite that pesky insects like mosquitoes and Brown Marmorated Stink Bugs — which are native to Asia and invaded the area several years ago — will be more prevalent this summer, some signs are already favoring the critters.

“I’m catching seven or eight stink bugs in my home every day now where I would normally see just a few,” Raupp said.

While higher bug populations could just be a pesky nuisance for some people, University of Maryland pest management specialist Galen Dively said the problem could become serious for farmers and gardeners fighting off stinkbugs, a relative newcomer that has built a bad reputation.

“It’s the worst pest I’ve experienced in my career, and I’ve been doing this for 40 years,” said Dively. “They’re going to get an early start since they feed on trees that have fruited early, and that means we could have a pretty serious population by the end of summer.”

Dively said if the bugs were really successful this year, farmers would have to worry about having another year like 2010, where the high stinkbug population wiped out $40 million worth of crops in Western Maryland and Virginia — including soybeans, sweet corn and tomatoes.

Everyday gardeners aren’t out of the clear. Dively said they don’t have access to the commercial chemicals farmers have, making their vegetable patches especially vulnerable.

“The garden is like a magnet, the tomatoes are right there,” Dively said. “They can only buy non-restricted pesticides, and a lot of these chemicals don’t work on this insect.”

The increase in bugs could force farmers and gardeners to spray pesticides earlier than they normally would, potentially wiping out natural pest enemies like wasps that help keep pest populations under control, said Cerruti Hooks, the state’s integrated pest management coordinator. ‘

“It could be a snowball effect where they start spraying early and have to continue to spray,” Hooks said. “Other pests that weren’t pests before now become pests because they’re no longer maintained by natural enemies.”

Dively said the advantage could be particularly strong for stink bugs — which don’t have a lot of natural enemies and are tolerant to many pesticides — making them a major problem for gardens.

“You have to do repeated cycles with harder chemicals, so all those sustainable practices can be thrown out the window,” Dively said. “This bug has changed everything.”

Pests like stinkbugs emerging from overwintering have endured warmer than average temperatures from January to March, marking the fourth warmest winter on record for the lower 48 states.

But even though the odds appear favorable to pests now, Dively said a wet spring or extremely hot summer could end up suppressing populations that would have otherwise thrived.

“The weather in the spring or summer can actually change the whole scenario real quick, that’s why it’s hard to predict anything,” Dively said.

Some local nurseries are already preparing for the march of the insects.

“We expect to sell a lot more insecticides and traps this year,” said store manager John Hurley at Meadows Farm Nurseries in Leonardtown.

However, not all greenhouses are taking precautions. Operations manager Steve Arrington at Sun Nurseries in Woodbine said while the nursery isn’t making any preparations, he was advising customers to be more diligent than normal.

“If people are used to doing things on a calendar date, they’re going to be off this year,” Arrington said.