A first-of-its-kind wedding in our area left some onlookers wondering what the heck was going on.
Listen now to WTOP News WTOP.com | Alexa | Google Home | WTOP App | 103.5 FM
(1/6) 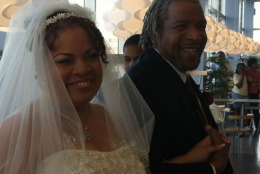 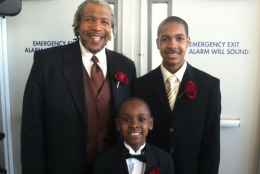 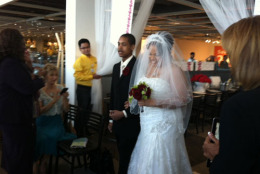 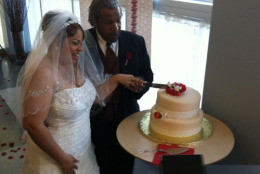 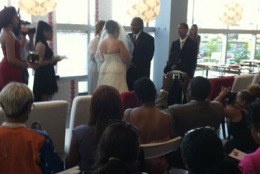 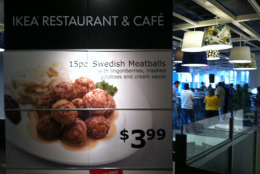 COLLEGE PARK, Md. – A first-of-its-kind wedding in the area left some onlookers wondering what the heck was going on.

It was a Tuesday night ceremony, held inside the IKEA store in College Park.

In 2010, 30 years after they last saw each other in grade school, Julie Rodgers and Willie Pittman reconnected through a social website and went on a date at the College Park store.

“As we’re leaving, we get yogurt cones and we’re on the way to the parking lot when it hits me,” Rodgers remembers. “I turned to him and said, ‘This is one of the best dates I’ve ever had,’ to which he said, ‘This is a date?'”

Exactly two years later, they returned to IKEA to exchange vows and become husband and wife.

Each has been married before, and Rodgers has four children.

Initially, all Rodgers wanted to do was share some of the store’s meatballs and take photos with the man she calls “Bear.”

But when she contacted IKEA and told them her love-over-meatballs story, the company offered to give them the space to hold their wedding for no charge.

The store also provided chairs and linens for the event, and, of course, meatballs and other food for the reception.

IKEA’s Sharon Black says it’s the first wedding ever held inside the College Park store, and she understands the publicity may spark more requests.

“We’ll entertain them all, but we’ll see where it goes from here. We’re not really in the wedding business,” Black says with a laugh.

Customers who spotted the wedding party in the upstairs restaurant had mixed reactions.

“This is the craziest thing I’ve ever seen. Who wants to get married in IKEA?” one woman wondered.

“It’s something they’re going to remember for a while. It’s like, ‘Hey, we got married at IKEA,’ so it’s kind of cool,” another man said.

One thing has changed for the couple in the last two years: Both have become vegetarians. Rodgers says that won’t stop them from celebrating their special day in the future.

“We’re going to have an anniversary meatball. It may only be one or two, but it will be a commemorative meatball,” she says.