\"For those of us who now go to sleep at the time of evening they used to be heading to Poseurs, it\'s going to be a late night,\" the former general manager warns.
Listen now to WTOP News WTOP.com | Alexa | Google Home | WTOP App | 103.5 FM
(1/6) 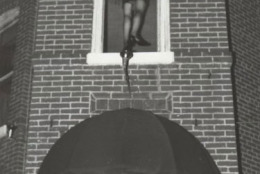 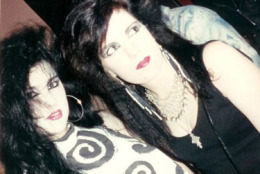 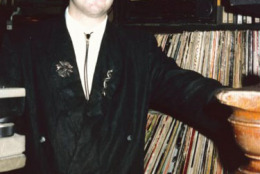 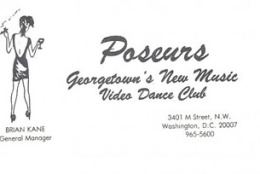 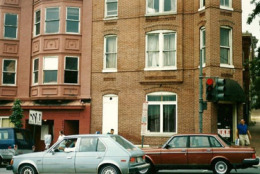 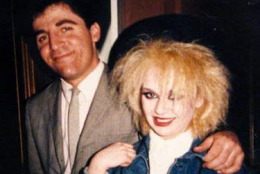 “It was the tragically hip folks,” says original Poseurs bartender Kyle Remissong. “All the cool kids, as it were.”

Located at the corner of 34th and M streets NW near the Key Bridge, Poseurs was the first club to embrace and feature music videos.

“If you were walking the streets in Georgetown, you could take one look at our clientele and say ‘These people are going to Poseurs,'” says general manager Brian Kane.

Georgetown had dozens of nightclubs featuring bands in the early ’80s.

“The whole idea of Lou Calomaris, the owner, who is a pretty smart guy, was to cut out a niche out of the Georgetown scene,” Kane says.

“Lou’s daughter Dana told him there was a market out there, and we went with it. We decided to go little upscale, a little more dressy to make it a new wave rather than a punk club.”

“None of them had what Poseurs almost instantly created — they could bring together a crowd in the mood to party, sell a ton of booze and do this nightly, all without a live band.”

“{It} was my go-to place,” Lambert says. “It was where I could just relax, dance, snuggle in and hang out with other misfits and malcontents.”

Many who frequented the club, which closed in 1989, formed bonds that extended beyond the dance floor.

“Poseurs was not just that brick corner building in Georgetown with the back mini-skirted mannequin over the door, the pinball, the melon ball shooters or even the great music, but about all the people I loved and grew up with in those rooms,” Lambert says.

With an active Facebook page, Kane and Remissong decided interest in the club was high enough to support a reunion.

It will be held Aug. 4 at Rock & Roll Hotel in Northeast.

Kane and Remissong are hoping other former employees will participate in the reunion.

“For those of us who now go to sleep at the time of evening they used to be heading to Poseurs, it’s going to be a late night,” Kane warns.

In the 1980s, with the advent of MTV and decades before digital music distribution, Poseurs VJs anxiously awaited monthly releases of pool videos distributed by RockAmerica.

“At the time there were so few sources for new video,” remembers Remissong. “Our stuff was cutting edge for sound, and music and video.”

The club opened at a time when music videos were becoming more polished.

“The early and mid-1980s was a fun time for music,” says then Sunday night Poseurs DJ Lisa White, who now books bands at 9:30 Club. “I liked the mix of audio and visual elements, the variety of musical styles, and even though the dance floor was brick, it was a fun place to dance.”

Mohawk Adam, known in the ’80s for his hairstyle, makeup and cutting edge music, will be the primary DJ for the reunion.

In the spirit of full disclosure, after initially being a customer, I later worked at Poseurs as a bouncer and occasional DJ. My hairstyle was nowhere near as notable as Adam’s.

With Facebook and other social networking, former customers of Poseurs have reminisced and discussed the possibilities of a reunion.

“Social media in general is the real statement here,” says Remissong. “People from Poseurs and the clubs they spawned are rekindling their connections.”

Lambert took it a bit further.

“I didn’t really know him then, but after 20 plus years I reconnected with DJ Mohawk Adam. What started 3,000 miles apart as keyboard chats about music and movies, led to today … us being deeply in love, living together and planning to grow old together,” she writes in an email to WTOP.