After years of what he says has been severe retaliation from the federal agency, Robert M. Danno, an \"employed by ignored\" ranger and former chief ranger, is telling all through a new book detailing what he says is retaliation from NPS, and the career he lost through demotions, menial tasks below his rank and criminal charges for theft in 2009 he had to defend in U.S. Court.
Listen now to WTOP News WTOP.com | Alexa | Google Home | WTOP App | 103.5 FM
(1/2) 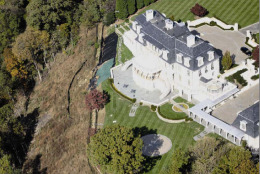 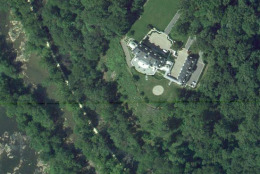 WASHINGTON – Almost a decade has passed since a senior National Park Service ranger blew the whistle on what he says was an illegal deal between top NPS officials and Dan Snyder, secretly allowing the billionaire owner of the Redskins permission to clear-cut more than an acre of federally protected forest in exchange for an unencumbered view of the Potomac from his Maryland mansion.

Robert M. Danno says he has endured years of severe retaliation from the federal agency. The “employed but ignored” ranger and former chief ranger is telling all through a new book detailing what he says is harassment from NPS, and the career he lost through demotions, menial tasks below his rank and criminal charges for theft in 2009 he had to defend in U.S. Court.

Danno tells WTOP he hopes the book, “Worth Fighting For (A Park Ranger’s Unexpected Battle Against Federal Bureaucrats and Washington Redskins Owner Dan Snyder),” will counter the “waste, fraud and abuse” he has witnessed at the agency, and that NPS will “do some serious introspection and reevaluate its course.”

“I do fear continued reprisal,” says Danno, 53, who describes himself as a former “cheerleader” for the park service and had dreamed of becoming a ranger since childhood. “Actions will be taken against me by the park service based on a pattern.”

The 30-year park service veteran was charged with theft in 2007 after a search warrant for his home yielded a drill he was accused of stealing, as well as a collection of park service badges valued at more than $2,000 and other NPS items, according to a Martinsville, W.V. Journal report.

He was cleared following a three-day trial in U.S. Circuit Court in January 2009 after the jury deliberated briefly.

Danno was later stripped of his chief ranger rank in retaliation, he says, and for the next two years, he commuted every day from his home in West Virginia to Mt. Vernon to issue picnic permits.

“The system is broken,” he says, adding his book and participation in news reports like this one will probably get him fired.

“What I hope is that my story helps the NPS reevaluate and get back on track with its management practices and leadership style.”

Danno says he first called a tip line for the Inspector General’s Office at the Department of the Interior — NPS’ parent federal agency — alleging Kevin Brandt, superintendent of the park service’s Ohio Canal National Historic Park, improperly allowed Snyder to cut down the acreage affronting his property in 2004.

This prompted an IG investigation. It concluded in January 2006 the park service had failed to follow its own guidelines.

In the summer of 2004, a memo from an NPS team assigned to review Snyder’s request to remove invasive, non-native species stated “the best approach to restore the site…would be to allow natural succession to occur by permitting all native vegetation to grow to it’s full potential and to remove exotic species as they compete with native plants.”

“Snyder, in addition to cutting all exotic species within the 200-foot easement, cut all of the native species, whether healthy, diseased, injured or considered hazardous,” according to a note in the report from an IG agent.

The rules governing the removal of trees on property like Snyder’s had never been modified before 2004, the report states.

The Redskins owner had originally offered former NPS Superintendent Doug Faris $25,000 as “mitigation” in exchange for allowing him to clear the trees, the report states. After Faris retired, his replacement, Kevin Brandt, “suddenly agreed to allow Snyder to cut all the vegetation.”

The whistleblower, unnamed in the report, also said Snyder had contacted the secretary of the interior offering hundreds of thousands of dollars in exchange for permission to remove the trees.

The report states P. Daniel Smith, a former special assistant to the NPS director, had used his position to “circumvent NPS procedures, on Snyder’s behalf.”

Park Service spokesman Line told The Washington Post shortly after Snyder’s logging that NPS had granted Snyder permission to remove the trees solely for the purpose of removing invasive, non-native plants. Line had initially told the Post the trees were cut “by mistake” and that Snyder had failed to notify the parks service.

Officials at the C&O Canal NHP told the Post they had approved the logging plans after months of negotiating with Snyder’s attorneys.

Snyder was eventually cited by Montgomery County in December 2004 for violating the county forest code. He was fined $1,000, and ordered to ensure the reforestation of the 1.3 acres he had cleared.

The U.S. Attorney’s Office declined to prosecute any of the park service officials.

Danno says he has tried to contain the firestorm from his accusations to just the individuals involved and not “indict the agency.”

When asked why he chose to come forward with this information now, he replied: “I tried to resolve the issue over the years in a multiple of ways and unsuccessful to get the Park Service to embrace what they did.”

“It left me with no other position than to bring the story forward,” he says.

Check out this map of Snyder’s residence and the cleared-away area here: