Metro has history of incendiary advertisements

A controversial ad in a Virginia Metro station telling President Barack Obama to \"go to hell\" isn\'t the first time the transit agency has been confronted with a free-speech issue.
(1/3) 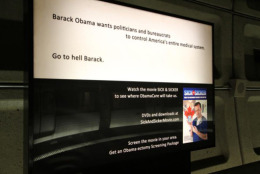 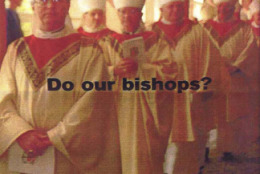 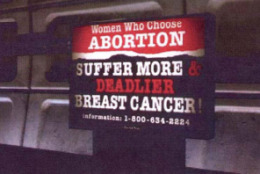 WASHINGTON – A controversial ad in a Virginia Metro station telling President Barack Obama to “go to hell” isn’t the first time the transit agency has been confronted with a free-speech issue.

Metro has a history of dealing with incendiary advertisements, including one in 1995-96 that linked abortion to breast cancer. Another ad in 2001 that questioned whether Catholic bishops cared that banning condoms kills people elicited the largest negative response ever for the agency.

Metro has tried to fight ads in the past, has been sued and has lost in the courts.

The transit agency says there are few limits placed on these kinds of freedom of speech.

“We fall into the area of a designated public forum,” says Carol O’Keeffe, Metro’s general counsel. “The court applies a very strict standard of constitutional scrutiny.”

The Obama ad in the Clarendon Metro station reportedly is scheduled to come down Sunday.

Democrats swarm industrial Iowa to prove they can beat Trump