A frightening home scenario played out in a townhouse across from George Mason University. Two armed gunmen broke into the home and threatened to kill the five young men inside before making off with thousands of dollars of electronic equipment.
Listen now to WTOP News WTOP.com | Alexa | Google Home | WTOP App | 103.5 FM
(1/3) 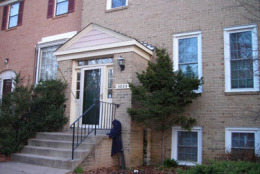 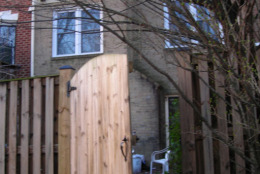 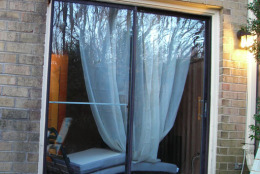 FAIRFAX, Va. – Two masked gunmen held up five George Mason University sophomores in a townhome across from the university Tuesday night, taking thousands of dollars of electronic equipment in what one of the victims describes as a “scary” scenario.

“I’ve never been in an armed-like robbery kind of situation in my life. It was definitely a little scary,” Pat Evans, 20, tells WTOP.

“At first you think a friend is joking, then all of the sudden, things get serious. You’re like, ‘I don’t know these people. Why are their faces painted, and why do they have ski masks on with guns in my house?’ It was a little scary.”

The gunmen, who entered the Carriagepark Road home through an unlocked, sliding glass door, startled the five young men and threatened to kill them.

Evans, who had been studying for mid-term exams and getting ready to go to a basketball game, was in an upstairs hallway when he saw one of the intruders. It was about 10:30 p.m., and Evans heard someone say, “Get down!”

“When I finally turned my head, there was a gun in my face,” he said.

The gunman turned to look in Evans’ room. That’s when Evans managed to get into the bathroom.

Police arrived within minutes of the phone call about the home invasion.

As Evans waited for the police, the Alexandria native said he heard the gunmen shouting commands to his three roommates and one visiting friend.

He heard the gunmen say, “Get on the floor. Get on your knees. Turn around.”

Evans said the others, also sophomores, were put up against the wall or in a corner.

The gunmen threatened to kill them.

“They just grabbed what they wanted and left,” Evans said.

The thieves made off with cellphones, laptops, iPods and music equipment valued at $2,000 to $3,000, Evans said.

Nobody was hurt. Evans said he thought he saw the color orange on one person’s gun, indicating it may not have been real.

A crime like this is uncommon for the neighborhood off Braddock Road.

“A lot of families live here. People like to think it’s a safe place,” Evans said.

Normally, Evans said he and his roommates lock the back door, but this time didn’t.

Evans describes what happened as “surreal,” something he never wants anyone to have to experience.

Fairfax County Police deployed a K9 dog and a helicopter to find the suspects but made no arrests.

Police describe the suspects as black, about 20 and 6 feet tall. In addition to masks, they wore dark clothing.