Grand opening around the corner for Howard Theatre

For more than a century, the Howard Theatre has served as a historic centerpiece in the community surrounding Washington\'s Shaw-Howard community. Soon, it will show off its fresh new face.
Listen now to WTOP News WTOP.com | Alexa | Google Home | WTOP App | 103.5 FM
(1/3) 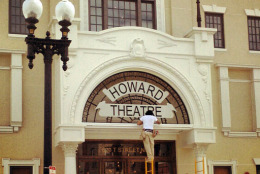 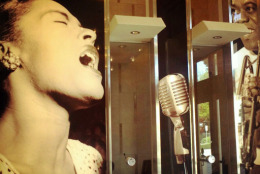 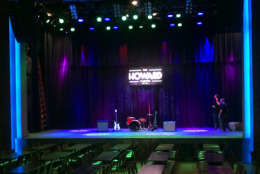 WASHINGTON – As part of the Howard Theatre’s grand opening, a free community event will take place Monday at noon. Visitors can tour the grounds, and check out the new Duke Ellington sculpture.

There will be a gala and benefit concert Thursday. Performers include Smokey Robinson, Afro Blue, Raheem DeVaughn, Dick Gregory and more.

“Rebirth” will be a fundraiser for the planned Howard Theatre Culture and Education Center and will commemorate the theater’s 101st anniversary. Celebrities like Raheem DeVaughn, Savion Glover, Dick Gregory, Lalah Hathaway and more will also perform.

Organizers say the center will be a place where residents can visit a 600-square foot museum, learn in classrooms, hear stories from a listening library and listen to music in a recording studio.

For more than a century, the Howard Theatre has served as a historic centerpiece in the community surrounding Washington’s Shaw-Howard community.

The theater was added to the National Register of Historic Places in 1974. It is well known as a legendary place for musicals, plays, dance acts, comedy and many other performances. The theatre attracted legendary talent such as Duke Ellington, Ella Fitzgerald and Billy Eckstine.

The site has been abandoned for over three decades, but was restored by the Howard Theatre Restoration, Inc., a nonprofit organization that has raised $29 million dollars to give the building the facelift it needs.

The organization’s goal is to not only to give the building a rejuvenation, but also to create a place for the community.

Click here to view a list of upcoming performances scheduled for the theatre during April. The line up includes The Roots, Wanda Sykes, Chuck Brown and Wale.