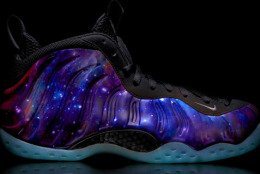 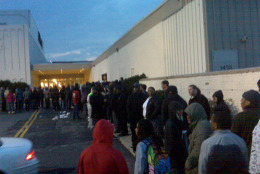 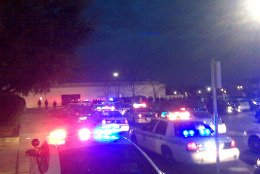 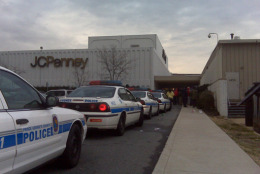 WASHINGTON – A new series of Nike shoes has no shortage of fans.

The Nike Air Foamposite One “Galaxy” was expected to be released Friday, and the $220 glow-in-the-dark sneakers already have sparked a melee at a Florida mall among hundreds waiting to get their hands on them, following the lead of other shoe-related security issues.

The deep-purple and blue shoes are made from an extra-durable foamposite material. The soles glow in the dark and the canvas simulates an astronaut’s training suit.

Those hoping to score a pair at a mall in Prince George’s County may be out of luck, though. Police say Friday’s release of the shoes at The Mall at Prince George’s was canceled due to a huge crowd and safety concerns.

Foot Locker House of Hoops announced at 1:30 a.m. Friday the release had been canceled at the mall.

“Our priority is the safety of the community,” the House of Hoops site says.

Hyattsville police spokesman Sgt. Chris Purvis said people began gathering at the mall on Thursday. He said the group was told that night that the mall had canceled the release of the shoe, causing some people to leave. He said other people have since joined the crowd.

Purvis said one person was arrested for disorderly conduct outside the mall. At 7:15 a.m., Purvis said about 150 people remained outside in hopes of buying the shoes. Prince George’s County police spokesperson Julie Parker says the crowd reached an estimated 1,000 people overnight.

The shoes aren’t appealing just to fashion-conscious sneakerheads, which helps to explain the crowds. One eBay listing has bids for the shoe at more than $50,000. And a New York man reportedly posted an ad on Craigslist offering to sell his Chevy Cavalier for a pair.

WTOP’s Kristi King and The Associated Press contributed to this report. Follow Kristi and WTOP on Twitter.