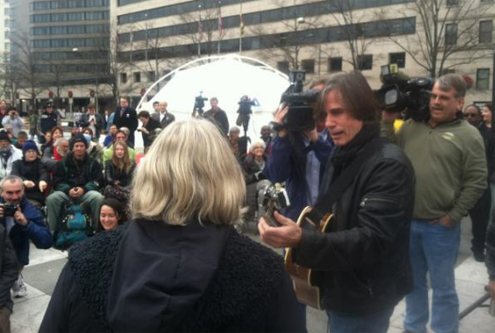 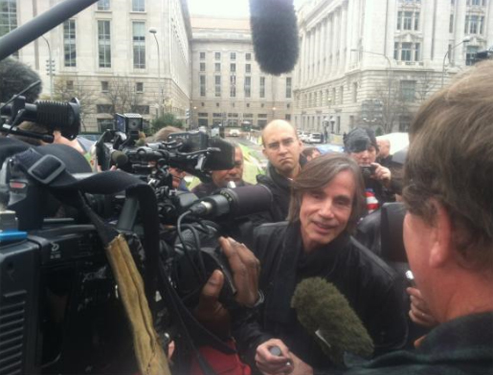 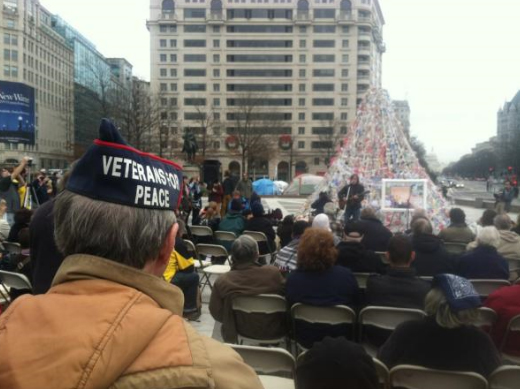 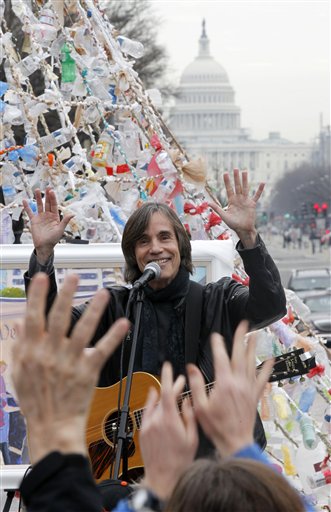 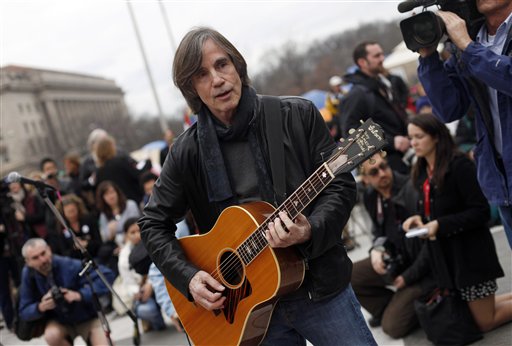 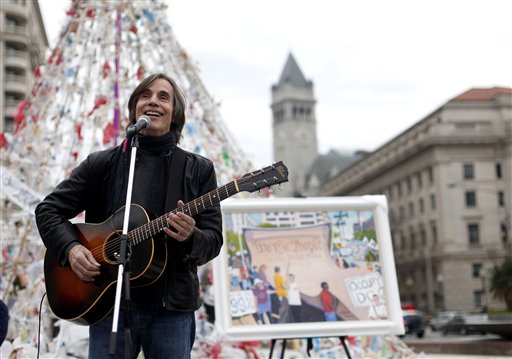 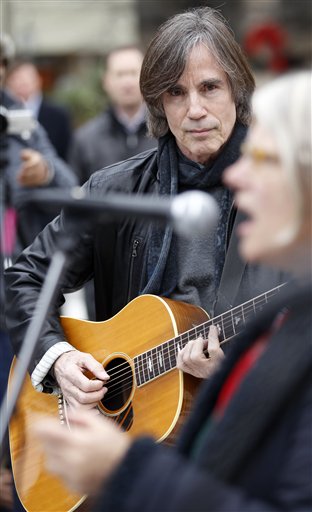 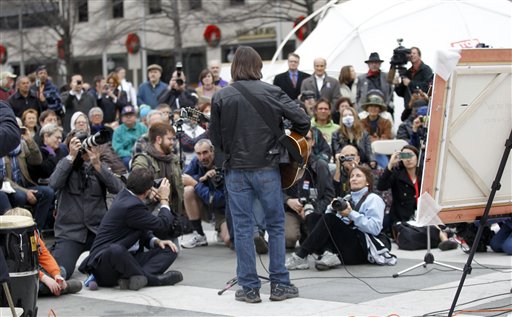 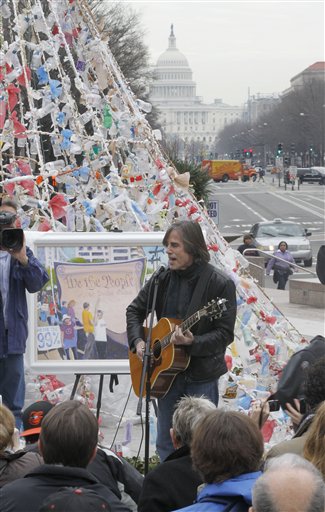 Browne told reporters he was there in “order to express his solidarity” with the movement.

“When people stand up for what you believe in, it’s a good idea to stand with them, and let them know they’re not alone,” Browne says.

Browne recently performed with a number of musicians at Zucotti Park to show his support to those part of Occupy Wall Street.

The folk singer performed a song he has written for the movement, which he considers a “rallying cry” for people protesting in encampments across the country.

Browne, a member of the Rock and Roll Hall of Fame, will be featured on “Occupy This Album,” a compilation album that will contribute to the Occupy cause.