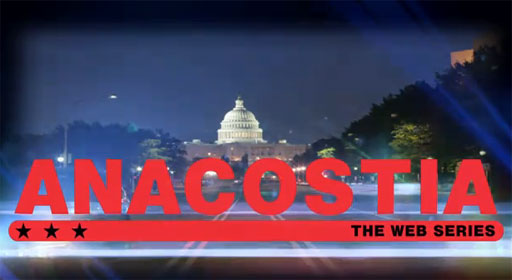 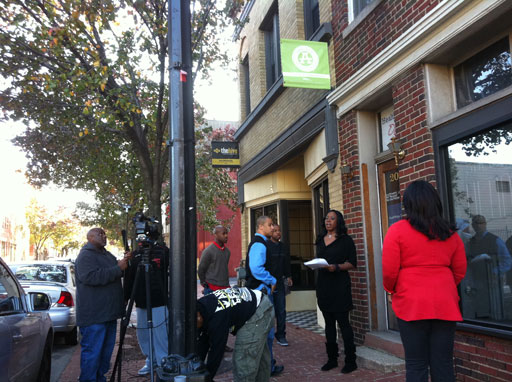 WASHINGTON – Take a little “Dynasty,” add a touch of “Sex and the City” and set it in the middle of urban Washington, and that’s “Anacostia” the web series.

“It has everything that you would want as a soap opera viewer,” says Anthony Anderson, the creator, executive producer, writer and co-star.

“It has intrigue, mystery, sex appeal, juicy story lines, great-looking actors and actresses and I think most of all it has what most shows are lacking today — that certain factor that gets the audience addicted.”

Anderson, who was born and raised in Anacostia, created the web series in 2009. The show came out of his desire to write about people he knows. He says there is a lack of familiar faces on television, even though the African American community is a big supporter of soap operas.

“Unfortunately, the faces of African Americans are rarely seen on normal soap operas,” Anderson says. “I felt like there needed to be something where our faces were seen.”

Each season features 10 episodes shot entirely in and around D.C., Maryland and Virginia. Anderson wanted to show off the areas he grew up around.

“The truth is what we’re depicting in Anacostia has been in Anacostia all the time. It’s just that’s not the aspect of Anacostia you usually see on your 10 o’clock or 11 o’clock news,” he says.

Marion Akpan, who plays “Nancy” on the web series, says she loves working on a show that highlights the D.C. region in a way that doesn’t involve aliens taking over the White House. Akpan was born in Arlington and grew up in Montgomery County, where she met Anderson in high school.

The two reconnected through Facebook years later and Anderson asked her to audition for a role. She had zero experience as an actress.

“I told Anthony ‘I am not a dramatic person. I am animated.'” she says with a laugh.

When she’s not filming scenes for “Anacostia,” Akpan works for the federal government, is a personal chef and bartender and is trying her hand at modeling.

She has been a part of the show since it launched, and like all the other actors, she is not paid for her work.

“It will get to the point where we get paid. We’re moving toward that. It’s not going to happen overnight,” she says. “We’re not super stars. We are everyday normal people, with everyday normal jobs, just putting our art out there.”

As an independent web series, Anderson has been funding the production out of his own pocket by working a regular 9-to-5 job.

“You have to dip into your pocket and skip that light bill every once in a while,” he says.

But the former hip hop dancer and actor says writing, producing and co-starring in the show is his passion.

“When it begins to feel like work, that’s when I’m going to stop,” he says.

Anderson, the sole writer, says it usually takes him several hours to write each episode of the soap.

And rather than follow the over-the-top story lines of most soap operas with people coming back from the dead and catastrophic car accidents, Anderson says he wanted story lines that were believable and relatable to the average viewer.

The first two seasons of”Anacostia” have tackled topics such as domestic violence, substance abuse and homosexuality, all set in the titular neighborhood in Southeast D.C.

Besides wanting to create an entertaining and addictive soap, Anderson wants to spark debate among the viewers, which come from more than 96 countries around the world.

The show’s audience has grown in the past two years solely through word-of-mouth and its Facebook page.

Due to the adult themes, language and situations Anderson says his show is not meant for children.

“The ultimate goal with any show is to entertain, but it’s also to have people start questioning what they would do if they were in these people’s shoes,” he says.

Watch “Anacostia” on its Vimeo channel. For more on the show, follow this link.

Below is a promo for season three of “Anacostia” the web series: