D.C. pinball museum a flip back in time

Long before \"Call of Duty\" and \"Farmville\" came around, there was pinball. And whether you\'re a fan or you\'ve never played before, you might want to set aside some time this weekend.
Listen now to WTOP News WTOP.com | Alexa | Google Home | WTOP App | 103.5 FM
(1/7) 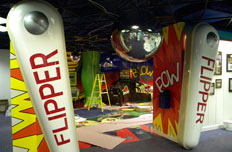 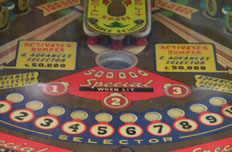 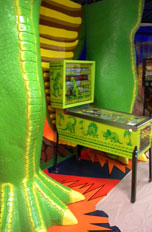 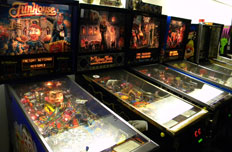 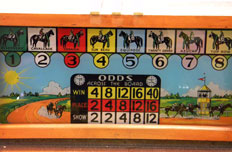 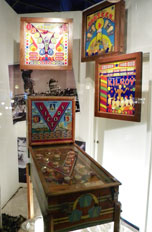 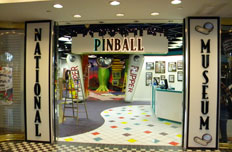 WASHINGTON – Long before “Call of Duty” and “Farmville” came around, there was
pinball.

And whether you’re a fan or you’ve never played before, you might want to set
aside some time this weekend.

The National Pinball Museum has relocated from a backyard in Silver Spring, Md. to
the Shops at Georgetown Park on M Street in Northwest D.C. The 14,000-square-foot
museum opens to the public on Saturday, but WTOP got an early peek.

Walk in and it looks like you’re inside a giant pinball game. Intricate designs on
the floor run up the walls, and extra-large bumpers serve as seats.

The museum also sports the biggest pair of pinball flippers you’ll ever see —
they’re 9 feet long. Curator David Silverman says he bought them years ago after
an arcade had gone out of business.

Silverman has been playing pinball since he was 4.

“I fell in love with the game aspect, but also the art aspect of it. And it’s
just evolved into this,” he says.

Silverman owns more than 900 machines dating back to the 1930s, including rare
prototypes.

“CapCom went out of business before these games ever were produced,” he says of
two games on display at the museum.

The museum includes a “Pay to Play” area where games are 50 cents a play. There
are exhibits highlighting things like the art and design of pinball games, and the
days when pinball was illegal.

There’s also a walk-through history of pinball that will transport you back in
time. Silverman says he’s determined to make the place a museum, and not just an
arcade.

The museum is on the top level of the mall in the space formerly occupied by FAO
Schwarz.

Click here to get a discount if you buy either a one-day pass or a
yearly pass before Dec. 3.