VALPARAISO, Ind. (AP) — Nick Orekoya, who had one touchdown this season and two for his career, ran for four including the game-clincher Saturday as Valparaiso fended off Presbyterian 65-55 on Saturday.

Presbyterian’s Jalen Jones caught six passes for 239 yards and five touchdowns — both program records in Division I competition. Jones pulled in a 50-yard pass midway through the fourth quarter and Jalyn Witcher scored on a 27-yarder after an onside kick, pulling the Blue Hose to within 58-55 with 7:43 left to play.

The Beacons stopped Presbyterian (2-7, 0-6) on downs two more times to hold onto the win.

Presbyterian’s Ren Hefley completed 44 of 68 passes for 544 yards and seven touchdowns. He was intercepted three times. 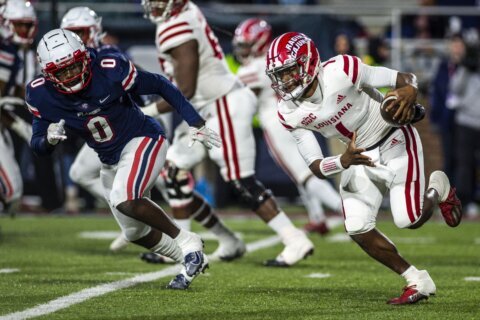 No. 23 La.-Lafayette tries to keep making history vs ULM 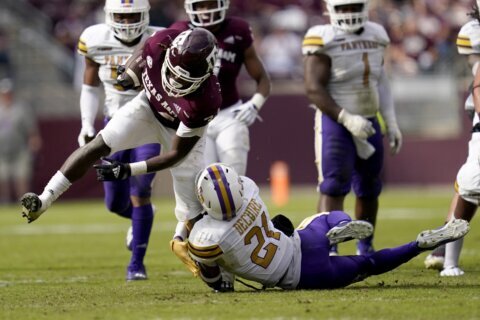 Fisher says only interest in LSU is win for No. 14 Texas A&M