WACO, Texas (AP) — Baylor fans had already swarmed the field and Oklahoma players had already gone to the locker room.

Except the game wasn’t quite over and the 18th-ranked Bears weren’t done scoring, even with no doubt about the outcome Saturday against the fourth-ranked Sooners, whose nation-best 17-game winning streak came to an end in the 27-14 loss.

Baylor coach Dave Aranda said he was thinking about potential tiebreakers and the point differential that could come into play for a spot in the Big 12 championship game in three weeks. So he called timeout, and Isaiah Hankins kicked a 32-yard field goal on the final play.

That kick came after several minutes to clear the field, some heated discussions between Oklahoma coach Lincoln Riley and the officials, and getting 11 of his players back out of the locker room.

“When that happened, we wanted to get back on the scoreboard to help with that differential,” Aranda said, while understanding how that last-play field goal could be interpreted differently by the Sooners.

“I think they’re not happy with it,” he said.

Riley said he was concerned about the safety of his players, since Baylor students were streaming out of the stands from behind the Oklahoma bench. Many of them were still crammed on the sideline for the kick.

“I know why Dave tried to kick field goal. I don’t agree with it,” Riley said. “I still think above all else, there’s a a code of sportsmanship that I believe in, I wouldn’t have done it. But that’s his decision, that’s his football team. How the officials don’t give us, enforce a 15-yard penalty when you’ve probably got 5,000 people on the field is unbelievable to me.”

Riley said he got no explanation on why there was no penalty.

Aranda, who spoke only very briefly with Riley on the field after the game in the mob of people, said he planned to talk again soon with the Oklahoma coach he considers a friend.

Hankins had actually made a 42-yard field goal with 1:27 left, but Baylor took those points off the board after a personal foul penalty for an automatic first down that moved the ball to the Oklahoma 12. Baylor then kneeled twice before calling the last timeout, but not before the gold-clad fans were already storming the field.

They got to do it again after the game was really over. 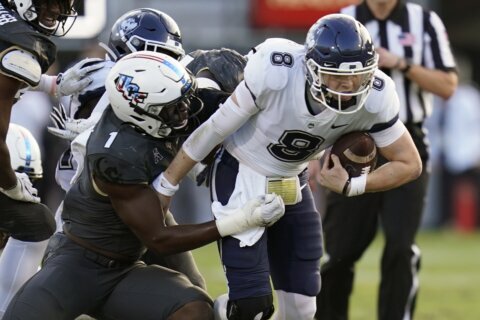 Battle of Florida: Gators vs. UCF in Gasparilla Bowl 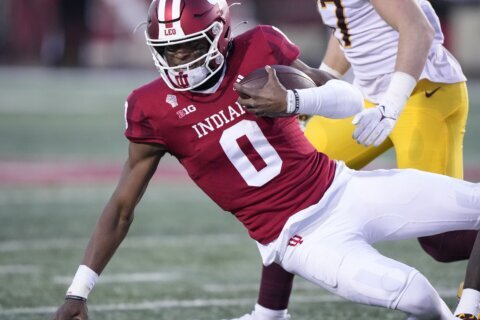 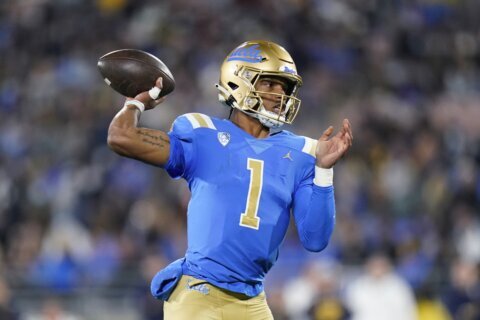 UCLA, No. 18 NC State to meet in Holiday Bowl at Petco Park