John Grass made the announcement after the game. Jacksonville State said that the school and Grass “mutually agreed to part ways” after eight seasons.

The Gamecocks have two more games scheduled this season, on the road against Lamar and Eastern Kentucky.

The move came a day after an announcement that Jacksonville State will join Conference USA and begin its transition from FCS to FBS.

Less than two minutes into the game, Markail Benton picked off a screen pass and returned it 52 yards for the Gamecocks’ fifth defensive touchdown of the season. Jacksonville State led thereafter, 20-10 at halftime and 27-16 through three quarters. Samuel’s 17-yard run and Brown’s second touchdown catch put the game out of reach in the fourth quarter.

Peyton Mansell rushed for two touchdowns and threw for another with 301 yards passing but was intercepted three times for the Wildcats (4-5, 1-4). 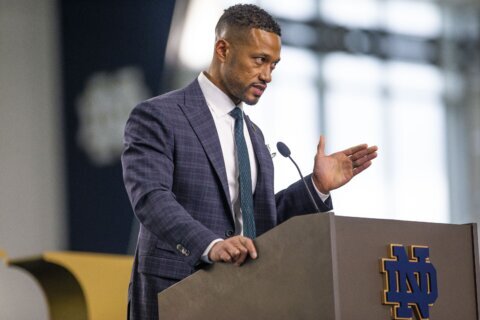