Things to watch during Week 10 of play in the Big Ten Conference: GAME OF THE WEEK No. 5 Michigan…
Listen now to WTOP News WTOP.com | Alexa | Google Home | WTOP App | 103.5 FM

Things to watch during Week 10 of play in the Big Ten Conference:

No. 5 Michigan State at Purdue

The Spartans (8-0, 5-0, No. 3 CFP) have won eight straight against Purdue and three in a row in West Lafayette since 2007. But this is a tricky game. Michigan State is coming off the high of beating rival Michigan, and the Boilermakers have a habit of beating ranked teams. Mel Tucker has his team on high alert. The Boilermakers (5-3, 3-2), for a change, enter November with a lot at stake. They head into their first crossover game in a three-way tie for second place behind Minnesota in the Big Ten West.

This is an intriguing matchup because Penn State (5-3, 2-3) has lost three in a row. Maryland (5-3, 2-3) saw its offense spring to life again after it went dormant going through the Iowa-Ohio State-Minnesota gauntlet, and both teams need a win for bowl eligibility. Taulia Tagovailoa threw for a career-high 419 yards to lead the Terrapins past Indiana last week, and he has confidence from winning at Penn State last year.

Wisconsin (5-3, 3-2) goes into its game at Rutgers (4-4, 1-4) with a defense ranking in the top 10 nationally in every major category and allowing just 8.5 points and 180.3 yards per game during its four-game win streak. The Badgers have held four of their eight opponents to less than a yard per rushing attempt. … Iowa’s Spencer Petras enters his game at Northwestern (3-5, 1-4) having completed just 52% of his passes (43 of 82) for two touchdowns and 161 yards per game, with five interceptions. The Hawkeyes (6-2, 3-2) are the only Big Ten team averaging fewer than 300 total yards per game.

Nebraska (3-6, 1-5 ) is a 14 1/2-point underdog at home against No. 6 Ohio State (7-1, 5-0, No. 5 CFP), according to FanDuel Sportsbook. As bad as the Cornhuskers have been, they have shown an ability to keep games close against ranked opponents. Just ask Oklahoma, Michigan State and Michigan. The Buckeyes must be careful not to look at this as a lull in their schedule before season-defining games later this month.

Mar’Keise Irving and Ky Thomas go into Minnesota’s home game against Illinois (3-6, 2-4) as the Gophers’ only healthy scholarship running backs. They’ll carry the load after Bryce Williams became the team’s third running back to get hurt for Minnesota (6-2, 4-1). Both have ample experience, having combined for 122 carries, 689 yards and five touchdowns. 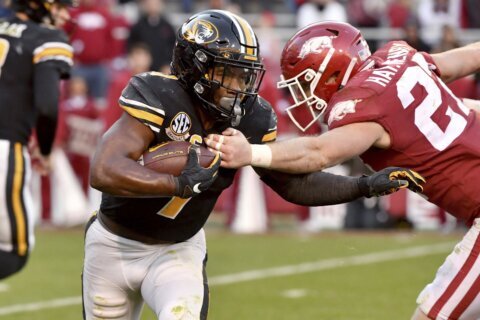 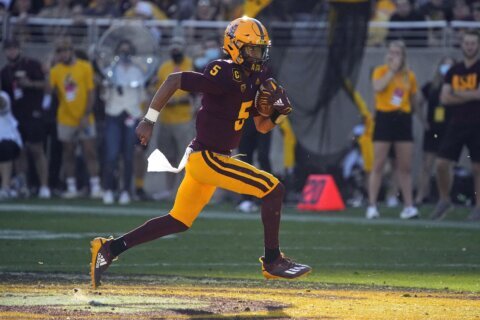