Some things to watch in Week 6 of the Big 12 Conference:

No. 6 Oklahoma vs. No. 21 Texas. While the Red River rivalry won’t be a Big 12 game too much longer, the six-time defending Big 12 champion Sooners (5-0, 2-0 Big 12) and resurgent Longhorns (4-1, 2-0) meet this second Saturday of October at the State Fair of Texas tied with idle No. 12 Oklahoma State for the conference lead. The 92,100-seat Cotton Bowl stadium should be full and the fair will be in full swing, unlike last year when the crowd was limited to about 24,000 and the midway was closed because of the pandemic. The Sooners have a 13-game winning streak that began with their four-OT win in last year’s Red River game. Texas has scored 160 points while winning its last three games since a loss at then-unranked Arkansas from the Southeastern Conference, the league Oklahoma and Texas will move to no later than 2025.

Big 12 rushing leader Bijan Robinson against the Oklahoma defense. The Sooners are seventh nationally allowing only 79.4 yards rushing per game, and 2.58 yards per carry. They have twice this season allowed an opposing team to run for exactly 100 yards, but no more than that. Robinson ran for a career-high 216 yards on 35 carries against TCU and ranks second nationally at 130.4 yards per game, about half of the Longhorns’ league-best 266 yards per game. Robinson has run for more than 100 yards in seven of his last nine games.

Four teams (Iowa State, Kansas, Kansas State and Oklahoma State) are off this weekend before playing seven consecutive weeks to end the regular season. … TCU is the only team that had already had its bye. The Horned Frogs play Saturday night at Texas Tech, their third of 10 consecutive weeks with games. … Baylor is one of five FBS teams that hasn’t thrown an interception. Oklahoma is among 10 teams that haven’t lost a fumble. … West Virginia is averaging 9.0 tackles for loss a game, best in the Big 12 and second nationally. … Texas Tech is 43-16 (.728 winning percentage) in night games at home since 2002. … As of Saturday, Oklahoma has been the Big 12 champ for 2,143 consecutive days. The Sooners have won the last six Big 12 titles, currently tied with unranked ACC team Clemson for the longest streak of outright conference titles by a Power Five program since Oklahoma won 12 consecutive titles in the old Big Eight (1948-59).

IMPACT PLAYER TCU junior Zach Evans has run for at least 100 yards in three consecutive games, and five of the last seven. He is third in the Big 12 at 110.8 yards rushing per game. The last Horned Frogs running back with four 100-yard games in a row was Lonta Hobs in 2002. 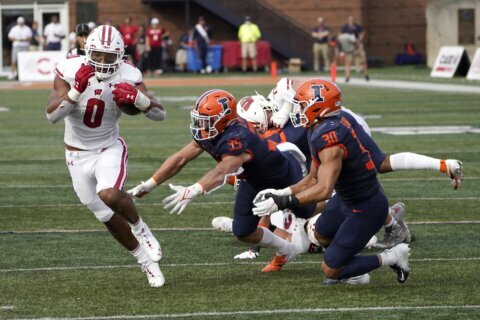 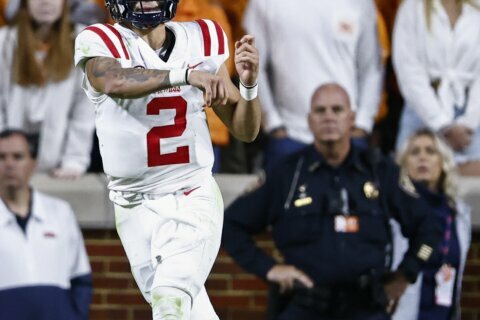