In today's era of Zoom, the next conference call is never too far away. And in college football, there are often calls between the Power Five conferences regarding who's having the best season.
Listen now to WTOP News WTOP.com | Alexa | Google Home | WTOP App | 103.5 FM

In today’s era of Zoom, the next conference call is never too far away. And in college football, there are often calls between the Power Five conferences regarding who’s having the best season.

Because even if you’re a Maryland that allows 117 points over two weeks, or Virginia and Virginia Tech competing in a punch-drunk Coastal Division, you want to brag about your neighborhood.

Six weeks into the season, here is where the leagues stand:

SEC: Seven schools in the Top 25 with two unbeatens. The twist? Kentucky is one of them, and we aren’t discussing men’s basketball. Best win? Georgia over No. 3 Clemson 10-3 Labor Day weekend. The Bulldogs made the most of their moment on the big stage and took down a team that’s made annual trips to the College Football Playoff. Worst Loss? Mississippi State slipped to Memphis 31-29 Sept. 18. Tumbling to the Tigers keeps Mike Leach’s Bulldogs in the doghouse.

Big Ten: Five schools in the Top Ten with three unbeatens. And nobody else in the Top 25, allowing you to insert your vanishing middle class joke here. Best win? Michigan State won at No. 24 Miami 38-17 Sept. 18 to establish itself as a contender in year two under Mel Tucker. Worst Loss? Minnesota coming up short to conference favorite Ohio State can be overlooked, but the Golden Gophers’ 14-10 home defeat to Bowling Green on Sept. 25 can’t. Especially since the Falcons are 0-2 since that day.

Big 12: Three schools in the Top 25 (with Texas “being back” if only to infuriate their fan base) with two unbeatens. Now it’s Oklahoma and Oklahoma State’s job to avoid upset before their Nov. 27 showdown. Best win? West Virginia’s 27-21 victory over No. 15 Virginia Tech Sept. 18 is the only triumph over a nonleague ranked foe, unless you count Texas’ win over Louisiana. And I just can’t. Worst Loss? No. 10 Iowa State fell to No. 9 Iowa 17-10 in Ames on Sept. 11 as the perpetual little brother comes up short again.

ACC: Two schools in the Top 25 with one unbeaten, and Wake Forest being the last remaining unblemished team is a twist almost as implausible as Kentucky’s early-season success. Best win? Pitt’s 41-34 triumph at Tennessee Sept. 11 gave the league a rare victory over a Southeastern Conference team not titled Vanderbilt. Worst Loss? Florida State fell to Jacksonville State later that day on the last play of the game to send the Seminoles into a full-September spiral.

Pac 12: Two schools in the Top 25 with current No. 9 Oregon’s Oct. 2 loss to Stanford giving the  conference more vacancies than unbeatens as the USC job search is in full bloom (depending on your perspective). Best win? Oregon’s 35-28 win at No. 3 Ohio State Sept. 11 put the Ducks on the map. Worst Loss? Torn between Washington falling to Montana, Washington State slipping to Utah State and Arizona coming up short to Northern Arizona. What can I say? It’s been one rough year out west, as is often the case with a conference call when there are people on Pacific Time.

Thursday’s game: Navy (1-4, 1-2 AAC) at Memphis (3-3, 0-2), 7:30 p.m. on ESPN. The Mids have a rare tight turnaround. This is the first time since Sept. 2004 (Navy won at Air Force by 3) they’ll play on four days off. Head Coach Ken Niumatalolo said after the loss to No. 24 SMU that the turnaround would be tougher physically than mentally, because their come-from-ahead loss is one that was there for the taking. The Tigers have lost three straight one-possession games by a combined 13 points, but lead the AAC passing yards as well as third-down efficiency. Three of the last four games in this series have been one-possession affairs, and while sophomore quarterback Tai Lavatai is looking more comfortable and confident each week, the big question is how will the fullbacks fare — that position gained 150 yards on 34 carries in the win over UCF and 40 yards on 17 tries in the loss to SMU.

Virginia (4-2, 2-2 ACC) vs Duke (3-3, 0-2), 12:30 p.m. on ESPN3. The Cavaliers have been living a charmed life lately, winning consecutive games thanks to missed field goals by their opponents. They’ve also been charmed to have a maturing Brennan Armstrong, who’s been named ACC Quarterback of the Week three times this fall and leads the conference with 410 yards passing per game. The Blue Devils rank an unlucky 13th in the ACC at stopping the pass as well as yards allowed and points surrendered while ranking dead-last in getting stops on third down. And while U.Va. is winning the nail-biters, Duke is finding ways to allow last-minute scoring drives in losses to Georgia Tech and — wait for it — Charlotte. It’s obvious my Blue Devil buddies Tommy & Cricket (both from Ridgewood NJ) have already moved on to Coach K’s final season as men’s basketball coach.

Kippy & Buffy know that sometimes the answer is obvious, and for their tailgate against the ultimate “bro” school break out a bottle from Breaux Vineyards (from nearby Purcellville, VA). The 2016 Petit Verdot features “intense aromas of blackberry and licorice are joined on the pallet by leather that lingers on the pallet.” Paired with Gruyere on Urban Oven crackers of course. But can the Cavaliers’ Coastal Division contention linger into November?

Virginia Tech (3-2, 1-0 ACC) vs Pitt (4-1, 1-0), 3:30 p.m. on ESPN2. Can the Hokies bounce back from another one-possession loss decided in the final minute? They looked like there was a hangover from the West Virginia defeat in their less than impressive win over Richmond the following Saturday, and the Panthers are much better. As in quarterback Kenny Pickett completes 72% of his passes with 19 touchdowns to one interceptions better. Pickett dropped 404 yards on the Hokies last year. Pitt also brings a pass rush (18 sacks) that’s tied for third in the ACC, a major reason why they’re second-best (27.3%) in the conference on third down. The Hokies are still grinding their gears offensively by ranking 13th in the conference in scoring, total yards, passing efficiency, and rushing. Lucky them … 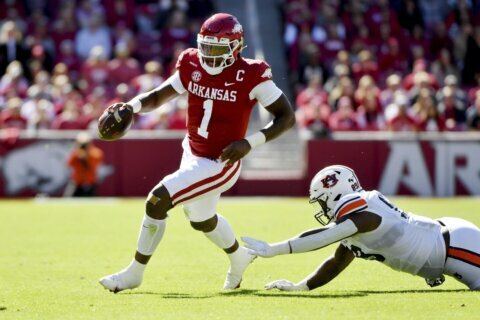 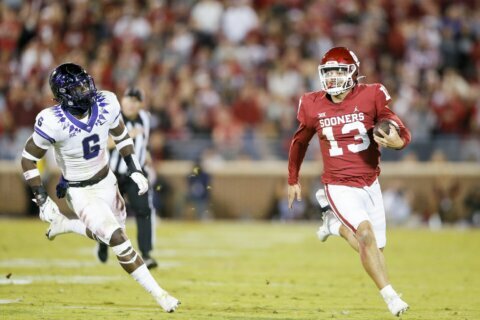 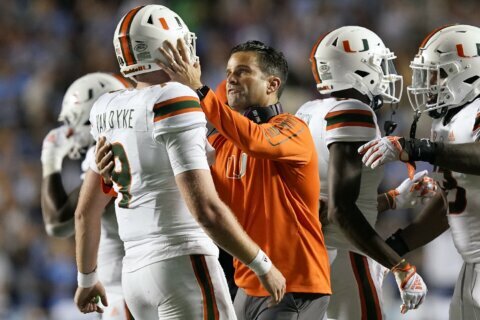