NEW YORK (AP) — The Nielsen company, increasingly under fire from the television industry, on Tuesday said it would soon incorporate homes that have cut off cable in favor of broadband in its viewing measurements for local TV markets.

Nielsen estimates some 20% of American homes are now broadband only for onscreen entertainment. The company already includes these homes in its national TV measurements but in January will do so for local markets, giving TV stations a more complete picture of who’s watching in order to sell ads.

“It’s a big step to making sure that our measurement is really inclusive,” said Catherine Herkovic, Nielsen managing director and executive vice president of local television.

The move comes as media companies have been more vocal in their unhappiness with Nielsen, which for decades has had a virtual monopoly on measuring television viewership, statistics used to govern billions of dollars in advertising spending.

Because of that position, it’s not uncommon for media companies to grumble about Nielsen and yearn for a competitor. They worry that Nielsen is not equipped to handle the dramatic shift toward streaming services and viewing on multiple devices.

NBC Universal last month sent out a request for proposals from other companies to help build a new measurement system, and got 80 responses, more than expected. That’s a bold step: for all the periodic unhappiness with Nielsen, it has never translated into a competitor that can match its scale and service.

“It’s time for us to declare measurement independence, and build solutions that will serve all consumers, advertisers, publishers, and platforms for the next century,” Abcarian said.

Nielsen’s view, essentially, is that the truth hurts, that they are being made scapegoats for changes in habits that show a sharp decrease in television viewing.

A few weeks ago the Media Ratings Council, an obscure industry group that evaluates independent measurement systems, stripped Nielsen’s accreditation for its national TV ratings service. While mostly symbolic, that’s a clear slap that highlights the concern about Nielsen.

Herkovic said Nielsen was hurt early in the COVID-19 pandemic by an inability to recruit new families to replace those that left its panels of consumers that enable the company to measure viewers. “That did stagnate things,” she said.

She said Nielsen is working with the Media Ratings Council on trying to restore its accreditation.

One sliver of good news that Nielsen offered to the industry this week: Viewership for the Emmy Awards, at 7.83 million viewers, was up over the last two years. It may be a reflection of the popularity of the most-honored shows, including “Ted Lasso,” “The Crown” and “The Queen’s Gambit.”

Football dominated the ratings, otherwise. One notable game came Saturday afternoon, CBS’ college telecast of Alabama against Florida. With 7.86 million viewers, and a peak of 11.59 million just before its conclusion, it was the network’s most-watched SEC season-opener since 2013.

NBC was the most popular network in prime time, averaging 5.3 million viewers. ABC had 4.9 million, CBS had 4.4 million, Fox had 1.8 million, Univision had 1.3 million, Telemundo had 1.07 million and Ion Television had 1.06 million.

ABC’s “World News Tonight” led the evening newscasts with an average of 7.9 million viewers. NBC’s “Nightly News” had 6.6 million and the “CBS Evening News” had 4.8 million.

For the week of Sept. 13-19, the 20 most-watched shows in prime time, their networks and viewerships: 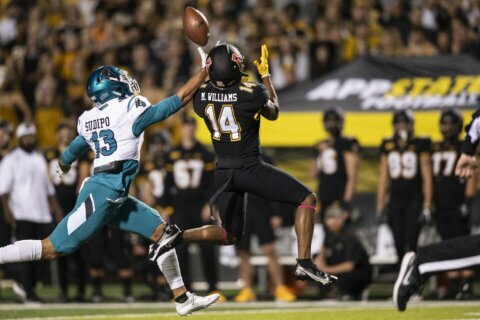 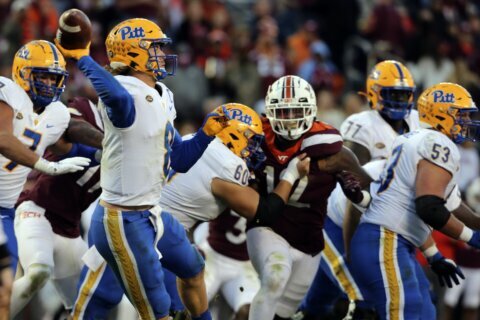