He admires what David Shaw has accomplished at Stanford, marrying football success with academic excellence. But Lea sees his alma mater having an advantage Stanford can’t match: a top school in Nashville and playing in the Southeastern Conference.

“That’s a formula that doesn’t exist anywhere else,” Lea said. “And so we don’t want to be a copycat to anyone. We want to find our success. And we feel like as we find our success, which will take time, you know, that there is no limit on what can be accomplished here.”

The formula will take patience, especially Saturday night in the first meeting between Stanford (1-1) and Vanderbilt (1-1) with the Cardinal far ahead. This game was scheduled when Derek Mason, Shaw’s former associate head coach and defensive coordinator, was coaching the Commodores.

Shaw appreciates playing a team that will give his Cardinal a new look. He believes other programs like Vandy, Wake Forest, Duke and Northwestern all have similar thinking in agreeing to these home-and-home games.

Lea got his first as a head coach with a 24-21 win at Colorado State as Vanderbilt (1-1) snapped an 11-game skid. Stanford (1-1) upset then-No. 14 Southern California in a 42-28 rout with sophomore quarterback Tanner McKee making his first career start.

The 6-foot-6 McKee finished 16 of 23 for 234 yards, passing for two touchdowns and rushing for another. He as pleased with the mistake-free game for the most part. Shaw says McKee is very easygoing, calm and comfortable with nothing rattling him.

“Made a mistake here and there, knocked it away, learned from it,” Shaw said. “But right off the bat very comfortable, very confident, just really easy. And the actual playing of the game, for a guy with long limbs, he’s got a quick release, so even as guys get close to him that ball gets out really fast.”

Stanford learned how to play on the road last season, forced away from campus given the restrictions on sporting events and practices in Santa Clara County during the coronavirus pandemic. This essentially is the end of a seven-game road trip going back to last season.

Stanford typically front loads the season with road games so students are back on The Farm once the slate of home games begin.

Vanderbilt snapped an 11-game skid with the win at Colorado State last week. The Commodores still have a some other skids to end.

Tight end/defensive end Tucker Fisk is the one questionable player for Stanford at this stage, Shaw said, and “might need a week off. Everybody else is doing well and getting ready to go.”

Yet senior cornerback Ethan Bonner, who started the season opening loss, will be out for a second straight week with an injury that Shaw doesn’t consider a prolonged situation and Shaw said he could return for the home opener against UCLA on Sept. 25.

Vanderbilt will likely be without center Michael Warren who has a sprained ankle. Warren started the first two games before being replaced by Julian Hernandez late in the win at Colorado State. Hernandez is set to start at center.

Tight end Ben Bresnahan is getting closer to making his debut. He missed the first two games with an injury but Lea said he has a chance to play Saturday. 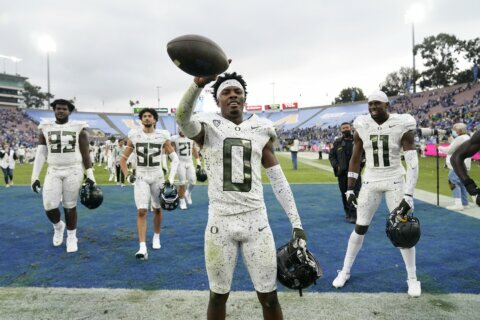 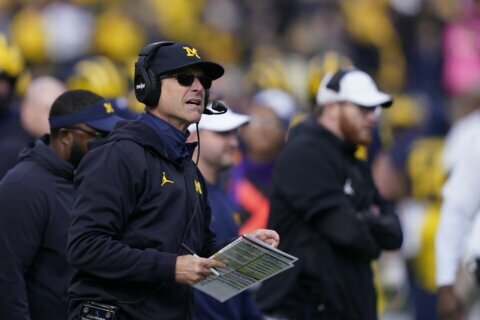