Virginia Tech looks for success and a return to normalcy

Coach Justin Fuente and the Hokies hope to restore order this season.

Over the course of a 5-6 season, the Hokies often went to practice not knowing who would be available, and eventually said they lost more than half their team — and defensive coordinator Justin Hamilton — for a period of time because of COVID-19 infections or quarantining that left them depleted.

This season, with a new quarterback in Braxton Burmeister, a group of running backs trying to replace Khalil Herbert and a defense that gained valuable experience over the past two seasons, there’s hope.

Burmeister, like Hendon Hooker before him, is a dual threat, described as fearless by teammates and an accomplished passer that leaves Fuente feeling better about throwing “than I have in some time.”

Burmeister will also need to be part of the running game solution while taking care of his body. His likely backup, Texas A&M transfer Connor Blumrick, has completed one pass in 18 games and run 10 times for 48 yards in his career.

“He’s ripped to shreds, has veins in his abs and jumps out of the gym,” Fuente said of Burmeister, who ran 39 times for 146 yards and two TDs.

The Hokies last season ran for 240 yards per game, their best since 2000, but much of that came from Herbert, who had 15 runs of at least 20 yards and finished with 1,182 yards and eight touchdowns.

There are options in the passing game with the top four receivers back.

In defensive coordinator Justin Hamilton’s second season, potential abounds, much of it after many players gained experience by being thrust into action early because of injuries and pandemic-related protocols the past two seasons.

Defensive end Amare Barno led Power Five players last season with 16 tackles for loss, and the converted linebacker “is only scratching the surface with knowledge of the position,” said Hamilton, a former Hokies defensive back.

Dax Hollifield always seems to be in the right place among the linebackers, and the secondary welcomes the returns of Jermaine Waller and Devon Hunter.

Here are some other things to watch at Virginia Tech in 2021:

Fuente was frequently left shaking his head at the Hokies’ plight last year.

“I think if we learned anything, it’s that practice is actually important,” he said. “Our fall camp, once the students hit town, deteriorated into survival mode.”

A big reason for the offensive optimism is players with experience.

Burmeister will have plenty of reasons not to tuck the ball and run too often because he’s got a well-stocked receiving group led by speedy Tre Turner (31 catches, 504 yards, 3 TDs) and Tayvion Robinson (33-494-2) and All-ACC tight end James Mitchell (23-368-4). Tailback Raheem Blacksheer can also line up in the slot. He ran for 255 yards and caught 17 passes for 156 yards in 2020.

With no spring practice and his own need to quarantine, the Hokies spent some time learning Hamilton’s defense on Zoom calls. With so many absences in the secondary, they allowed more than 265 passing yards per game.

Not a number you’d expect from a school that hails itself as “DBU.”

Hamilton is delighted to have Waller and Hunter back in the fold.

“It’s a really good feeling knowing you have guys that have game reps of proving that they can handle adjustment, handle concepts, handle what an offense is doing.” he said. “They’re both fast learners. … That invaluable.”

The Hokies will need to start strong, opening at home against No. 10 North Carolina and traveling to West Virginia in Week 3. They also get No. 9 Notre Dame and Pitt at home, but will play No. 14 Miami and Virginia on the road. 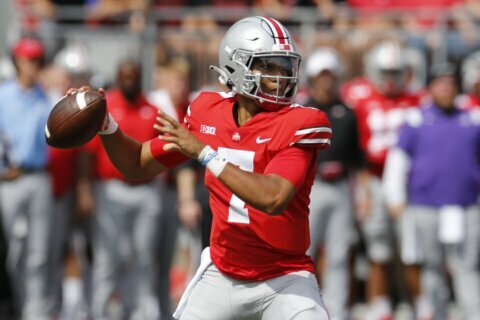 Reeling No. 9 Ohio St looks to rebound against Tulsa 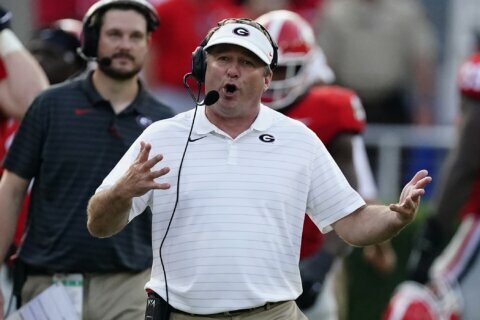 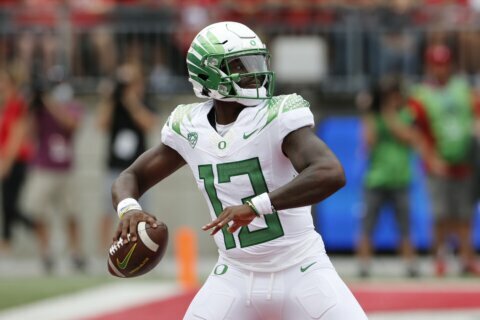