November has not been kind to the D.C.-area college football schedule as the coronavirus sidelines the football programs at Maryland and Navy.
Listen now to WTOP News WTOP.com | Alexa | Google Home | WTOP App | 103.5 FM

One thinks of the story about the man who finally sees light at the end of the tunnel, only for that light to be an oncoming train. We knew back in September that playing a contact sport with 100-plus player rosters of 18-22 year olds in a pandemic was not going to happen unscathed.

November has not been kind to the D.C.-area college football schedule: Maryland’s matchup with No. 3 Ohio State was canceled Wednesday after eight positive COVID-19 tests over the previous seven days, while Navy has lost a second straight game after the program was paused the previous week due to a coronavirus outbreak both in the football program and the Academy grounds.

And that’s not all — a season-high 11 FBS games were wiped off the schedule, including four of seven SEC matchups.

That means the majority of Southeastern Conference schools will be sitting at home. And just as the college football season begins to take serious water, men’s and women’s college basketball is gearing up to tipoff Thanksgiving week just as cases of COVID-19 are spiking across the U.S.

Beware of the light…

Virginia Tech (4-3, 4-2 ACC) vs. No. 9 Miami (6-1, 5-1), noon (ESPN2)
Could the U actually be for real this fall? I’m used to writing my annual “Hurricanes downgraded to a tropical depression” piece right about now, but Houston transfer D’Eriq King has kept the Canes from cratering.

The senior quarterback threw for 430 yards and five touchdowns while running for 105 yards in their three-point win over NC State last Friday (King also played just well enough in a five-point win over Virginia).

The Hokies defense (14th in the ACC against the run, 11th against the pass, and 12th overall) is due for another long day, which is a shame because the offensive pieces are there with quarterback Hendon Hooker and running back Khalil Herbert (provided his hamstring is good).

This was supposed to be last week’s matchup before coronavirus concerns pushed the date back one week. Even with the postponement the Cavaliers can’t escape the ACC Network; all of their games this fall have been broadcast on the difficult-in-the-D.C.-area-to-find channel and this week will be no exception.

Despite allowing over 40 points three times this season the Cardinals actually lead the conference in pass defense; but that’s in part because they’re rather easy to run on (12th best, allowing 203 yards per game and 5.0 per carry) as well as having to rally (they have trailed at the half in four of six league games).

Kippy & Buffy know that if their Cavaliers are going to rally from the depths of the ACC this fall they’re going to need to possess true grit; and this week’s socially distant tailgate offers just that.

The UVA pass rush was intense two weeks ago (five sacks) against North Carolina; they’ll need another heady effort against the Cardinals or the secondary that ranks last in the ACC against the pass will be ripe for the taking.

Those who ignore history are doomed to repeat it. In 1993 the Fighting Irish beat top-ranked Florida State by seven in South Bend only to lose the following Saturday to the Eagles.

Last Saturday the Irish nipped number one Clemson by seven in double-overtime; Ian Book and company go to Chestnut Hill this week. B.C. may have come within a touchdown of Clemson and North Carolina, but they have also posted three-point victories over Texas State and Syracuse.

Last year Michigan was blistered by the Badgers in Madison 35-14 to start up the annual “Jim Harbaugh is not meeting expectations” refrain; this year the Wolverines whisperers have already sung that song several times after disappointing losses to Michigan State and Indiana.

The defending West Division champs return 15 starters, but they’ve also played just once: a 45-7 rout of now 0-3 Illinois. Will two weeks off make the Badgers more rested or rusty? And will two discouraging defeats make Michigan more determined or depressed? 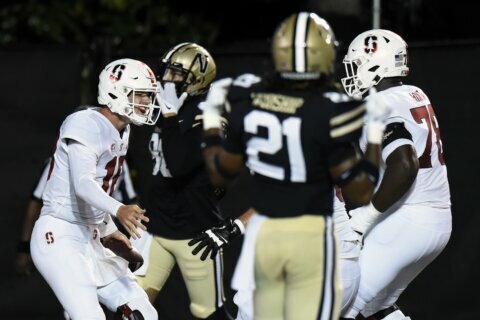 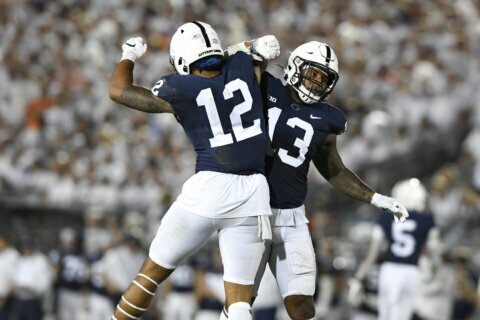