With the return of college football, WTOP's Dave Preston analyzes what is going on with the local teams and who is playing this fall.
Listen now to WTOP News WTOP.com | Alexa | Google Home | WTOP App | 103.5 FM

College football season is back. WTOP’s Dave Preston will be taking you through all the local schools this week, and we’ll have a sport-wide preview and set of predictions Friday.

There are some things the coronavirus pandemic can’t affect.

One of them is the fact that my car needs to be inspected and registered each August. The last three years, I’ve made the annual trek to the dealership for the state inspection, and while I wait, I try to avoid the mindless midday TV by working on my college football previews.

In fact, I’m sitting down right now, drinking a complimentary coffee and punching the keys on the laptop with the Beatles “It’s All Too Much” playing on my earbuds.

It’s an unheralded gem, trust me.

But this year, there’s no wondering what sort of leap Maryland will make under second-year coach Mike Locksley, or trying to figure out if the Terps will have a quarterback start every game of the season for the third time since 2003.

There’s also no scouring the rosters and websites for information on James Madison as the Dukes prepare to mount another run at the FCS mountaintop, which is a shame. JMU has made the playoffs six straight years under three different head coaches.

Same case with the rest of the local CAA schools (apologies to Towson, Richmond and William & Mary). Georgetown and Howard? No deep-dives into the Patriot League and MEAC.

There isn’t even the “Week Zero” I like to make fun of as only college football can trumpet its tradition and then modify it in a ridiculous manner. Navy was supposed to play overseas last weekend. Instead, their game with Notre Dame went from Ireland to Annapolis to canceled.

Speaking of the Fighting Irish, they’re actually joining a conference this year.

Evidently, the “tradition” they had been married to as an independent will take a back seat this fall so they can use the ACC to fill out their schedule, before resuming their previous hypocrisy of using the league solely for their non-football sports.

And talking about “tradition,” while this season’s Rose Bowl will be used as a Playoff Semifinal, the two leagues who traditionally vie for Pasadena will be sitting this fall out.

The Big Ten announced on Aug. 11 that it would be postponing all fall sports less than a week after releasing the conference schedule; I was this close to breaking down the Labor Day weekend Terrapins-Iowa showdown.

But wait! Last Friday, there were reports of the conference discussing they’d start up football Thanksgiving weekend, so they might play this fall after all. The Pac-12 followed the Big Ten’s lead earlier this month; I wonder what they’ll do if their longtime Rose Bowl brethren officially come back?

Meanwhile, the SEC, Big 12 and ACC plow forward (and don’t forget the AAC, Sun Belt, Conference USA and some independent schools) in the face of the scrutiny one can only imagine one gets when one holds a collision sport season during a pandemic.

All told, nine of the schools in The Associated Press Preseason Top 25 will not be playing games this fall. Can you truly determine a champion when 40% of your Power Five schools aren’t participating? And what about the schools who play spring seasons or the winter ones?

But just like my car needs the new sticker, we will press on with the 2020 season. Eleven games will kick off between this Thursday and Labor Day night.

It’s all too much. 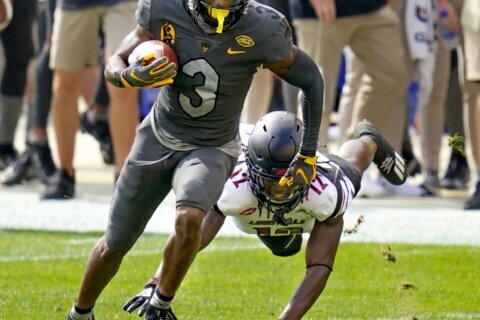 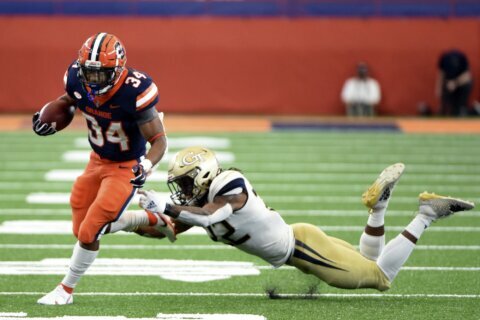 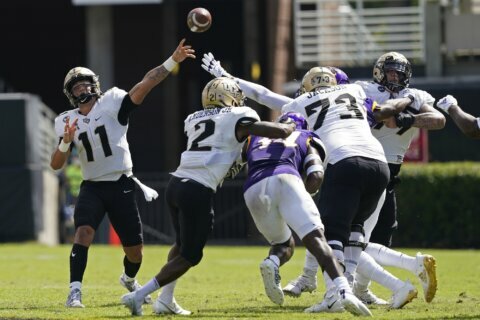