How can Maryland ever become a Big Ten contender? They could do a lot worse than following the model Minnesota's building in 2019.

The second Saturday of November represents a major upgrade in matchups.

No offense to Florida-Georgia, but a pair of one-loss teams in The Swamp pales in comparison to not only two games involving unbeatens but the first No. 1 vs. No. 2 (AP, not CFP) in the regular season since 2011. That game was LSU-Alabama played in Tuscaloosa, and that’s exactly the same matchup served up this weekend.

But on the undercard at noon is Penn State-Minnesota. While both 8-0 teams hung more than 50 points on Maryland, one serves as a model for Terps head coach Mike Locksley as he builds his program in the shadow of the Big Ten East’s blueblood programs.

Minnesota has a history just like Maryland — both schools have National Championships to their credit while not enjoying a ton of success in the 21st century. Each has appeared in more Quick Lane Bowls than Big Ten Championship Games. They’re also both located in a major metropolitan area and compete for attention with multiple professional franchises.

In addition to those obstacles, while Maryland is primarily thought of as a basketball school, the University of Minnesota is a hockey school through and through; the late Herb Brooks won three NCAA championships there before directing the US team to 1980s “Miracle on Ice.” Just as the Terps are the red-haired stepchild in a division dominated by Ohio State and Penn State, the Golden Gophers aren’t even the “other school” in the West, standing in line behind Wisconsin, Iowa and Nebraska.

But somehow, after going 5-7 and 7-6 in head coach P.J. Fleck’s first two seasons, the Golden Gophers have scraped through a light September schedule before turning into a steamroller. Their first four wins came by a combined 20 points, while their four most recent victories have come by an average of 32 points. Even if they stumble against Penn State, Wisconsin, and Iowa, this has been an incredible season. Can Maryland follow the Minnesota model?

The first key should be finding the right quarterback and keeping him healthy. Just twice in the last 15 years have the Terps started the same quarterback in every game of the season, and both years (2006 and 2014) have been special relative to the other seasons over that stretch. But the key to keeping a QB healthy starts with an offensive line.

Maryland’s front five averages 305 pounds — that’s how much the lightest lineman for the Golden Gophers weighs. The unit averages 340 pounds, and they have a 6-foot-9, 400-pounder on the roster. Until Maryland’s offensive and defensive lines mirror the likes of Minnesota’s, the Terps will be a team with splashy skill guys that have trouble overcoming limited lines.

The Terps were an incomplete two-point conversion away from upsetting the Buckeyes last year in overtime. This year’s team is once again on a downward spiral toward being home for the holidays, while the Buckeyes have a two-game semi-preseason (they face Rutgers next week) before battling unbeaten Penn State and archrival Michigan. Like they need a tune-up: OSU leads the Big Ten in scoring offense and defense, rushing offense, and passing defense. Their pass rush has a conference-high 34 sacks while the attack converts third downs at a mind-numbing 57.3%.

If you’re the Maryland defense that allows the second most points and yards in the Big Ten (thank you, Rutgers, for being in the conference), who do you stop? Quarterback Justin Fields, who’s posting a better passer rating than Dwayne Haskins did while throwing 50 TD passes last year? Or running back J.K. Dobbins, who’s averaging 7.2 yards per carry when not sounding like he belongs in a Charles Dickens story? The best Buckeye is actually on the other side of the ball, as defensive end Chase Young has 13.5 sacks on the season. Good luck to an overmatched and oft-injured offensive line group.

November in the ACC usually brings three questions to the forefront: 1. Can Clemson get back in the Playoff? 2. Who emerges from the quagmire that is the Coastal Division? And 3. Should we make Duke or UNC the men’s basketball favorite? Actually, the Blue Devils/Tar Heels question is more 1A than 3 there — and let’s be honest, UVa is wondering why the defending National Champs aren’t getting more respect despite losing multiple starters to the NBA. The Cavaliers can take comfort in the fact that they are two wins away from a first-ever Coastal Division title, while the Yellow Jackets are the lone division team no longer in contention. They’re in the first year under head coach Geoff Collins and look like a rebuild from central casting: last in the ACC in passing, total and scoring offense while also bringing up the rear in stopping the run. Bryce Perkins prepares to don his Superman’s cape one more time after tallying 490 total yards and five touchdowns against North Carolina.

Kippy & Buffy know that not all heroes wear capes; sometimes they make fantastic wines. In honor of the Yellow Jackets’ 2014 Coastal championship, our favorite tailgating duo open a bottle of Twomey’s 2014 Soda Canyon Ranch Merlot as they pursue their “season of possibilities.” With aromas that include “black cherry, roasted meat, wet soil, loose pipe tobacco and brioche,” the offshoot of Silver Oak Vineyards provides the palate a “velvet entry, mouthwatering, vanilla flavors and an enticing texture.” And don’t forget the “integrated tannins, elegant, juicy with a long finish and return.”

Presto’s Pick: Cavaliers continue to follow their Coastal compass in a 34-16 win.

Speaking of anniversaries, the Hokies and Demon Deacons get together a few weeks before the five-year anniversary of the last time they met on the football field … a 6-3, double-overtime win by Wake that was even more as soul-sucking as it sounds. The Demon Deacons bring a much better offense into Blacksburg this time, leading the ACC in passing while ranking second in scoring. Even in their lone loss, quarterback Jamie Newman and company put 59 points on the board against Louisville. The Hokies are coming off a tough loss at Notre Dame where the offense completed 32% of its passes and gained 2.8 yards per rush. Wake’s no Fighting Irish on defense, but they lead the conference in turnover margin and are third best at getting off the field on third down.

Editor’s Note: With legal sports gambling coming to D.C. this fall, we’re including two more picks this year: Chris Cichon’s “The Big Chee’s” will pick a Top 25 game each week, while Noah Frank’s “Frankie’s Flyer” will pick an underdog of at least 7 points to cover and possibly spring an outright upset. 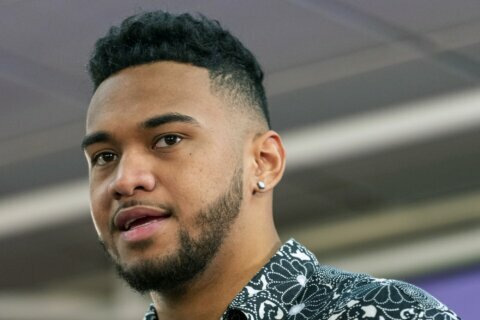 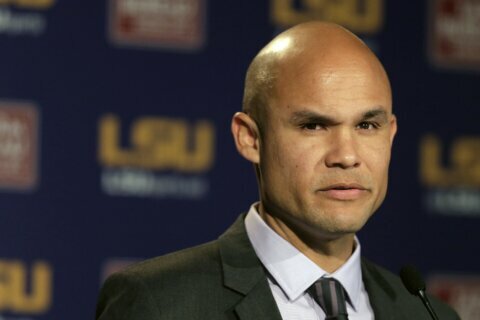