There are only three Division I FBS conferences to have at least one school still perfect on the season.
(1/2) 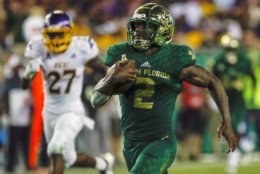 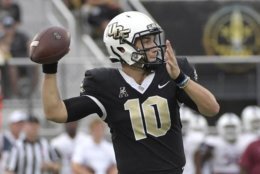 WASHINGTON — Second-ranked Ohio State’s 49—20 loss at Purdue (shades of the Buckeyes’ 55—24 loss to Iowa that kept OSU out of the College Football Playoff last year) robbed the Big Ten of its last standing unbeaten, meaning there are only three Division I Football Bowl Subdivision conferences to have at least one school still perfect on the season.

Alabama remains heads and shoulders above the pack in the SEC after trashing Tennessee 58—21, while Clemson showed that the ACC is currently its personal playpen in a 41—7 thumping of previously unbeaten (but untested) NC State. Notre Dame is without a loss as well as without a league, clinging to its independent status because not sharing TV revenue is the proper thing to do.

That leaves the ACC and not one, but two unbeatens: UCF and South Florida (a third unbeaten in the AAC, Cincinnati, fell for the first time this past Saturday). The Knights and Bulls meet on the final weekend of the regular season, and while South Florida plays three of its next four games on the road, it’s nice to at least dream about a November showdown of unbeaten — even if it’s not in a Power Five Conference.

Maryland (4—3, 1—2 Big Ten) faced 40 mph winds at Iowa’s Kinnick Stadium on Saturday. Unfortunately, they also faced a relentless Hawkeyes defense and got shut out 23—0 to begin the second half of their season.

Terrapin Triumphs: Tre Watson tallied 15 tackles and an interception (the team’s 15th take-away of the season) as the defense held Nate Stanley to 86 yards passing one week after he threw for six touchdowns.

Terrapin Troubles: The offense was held to a season-low 115 total yards and had possession of the ball for just 19 minutes. While the running game averaged just a shade less than 3 yards per carry, the pass attack misfired (six of 16 while gaining 2.9 yards per attempt).

Cavalier Concerns: Perkins did little to stretch the field with his arm, averaging under 10 yards per completion. The defense gave up a pair of big plays for touchdowns, allowing 22- and 46-yard strikes. Brian Delaney missed two of four field goal attempts.

Navy (2—5, 1—3 AAC) led Houston by 10 points in the first half before the Cougars went on a 35-point run; Houston scored the first three times they had the ball after halftime. The Mids fell 49—36. The road to bowl eligibility just got quite a bit tougher for coach Ken Niumatalolo and company.

Midshipman Medals: Garret Lewis completed nine of 13 passes for 135 yards and a touchdown, with a favorite target emerging in Taylor Jackson (five catches for 120 yards and a score). Malcolm Perry tallied 97 yards rushing from his old slotback position. Sean Williams led a defense that notched two take-aways with seven tackles.

Midshipman Miscues: The defense failed to register a sack on 39 Houston pass attempts and allowed Houston to convert eight of 10 third downs. The Cougars averaged 6.3 yards per carry and more than 10 yards per pass attempt while rolling up 570 total yards. 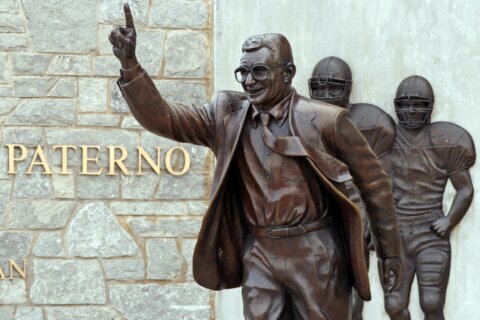