Maryland's new coach D.J. Durkin is more than ready to go, and there are new faces on both sides of the ball as the Terps try to improve on a disappointing 2015.
Listen now to WTOP News WTOP.com | Alexa | Google Home | WTOP App | 103.5 FM

WASHINGTON — New isn’t always better, but it’s most certainly new. And after a 3-9 season that saw the end of the Randy Edsall regime, new is exactly what the Maryland football team is hoping to sell.

D.J. Durkin is more than ready to go, and the Terrapin faithful hope this coaching hire is more Bobby Ross than Mark Duffner.  New isn’t always successful in College Park: This is the school’s 10th coaching hire in the last 50 years, and only Ross and Ralph Friedgen were able to post a winning record in their first years at the helm.

From the moment Durkin took over the program, he has projected an image of energy and intensity. That has trickled down to summer workouts, according to senior offensive tackle Michael Dunn.

“You walk in the mornings at 6:30 a.m., the music’s blasting and everybody’s yelling. The biggest difference is the energy level. People are really upbeat here, ready to go. Everybody wants to go out and win,” he said.

Dunn is part of an offensive line that returns three starters and helped the running game churn out more than 200 yards per game in 2015 (third-best in the Big Ten).

The quarterback question was solved when coach Durkin named Perry Hills the team’s starter after Hills beat out Caleb Rowe in a battle of fifth-year seniors.

“Perry is one of the toughest kids I’ve coached mentally and physically. He’s not a blazer, but he’s a good, physical runner … and he throws a really nice, deep ball,” Bell said.

Hills knows he’s going to have to minimize his mistakes this fall: Last year, he threw 13 of the team’s Division I-high 29 interceptions.

“Sometimes you’re trying to force the ball to make something happen,” Hills said. “Not playing smart. Through practices the coaches do a really good job doing ball security, right reads and making good decisions and just taking care of the football.”

How well that translates to the field will be anyone’s guess.

Bell directed Arkansas State’s offense last fall, and the Red Wolves ranked 12th in the nation in scoring. Expect an up-tempo attack that capitalizes on the team’s depth at the skill positions.

“With the pace that we play, it’s gonna take three running backs and eight wideouts to play every game, regardless of who we’re playing and how we’re playing,” Bell said.

The running game will take a while to find itself, as senior Wes Brown serves a three-game suspension for an unspecified violation of the code of conduct. As a true freshman, Brown teased fans with a 121-yard performance against North Carolina State; he hasn’t reached the century mark since.

Transfer Trey Edmunds can sympathize — he gained 132 yards against Alabama in the first game of his career, only to fizzle over the next three years at Virginia Tech.  He’ll compete for carries with sophomore Ty Johnson (7.1 yards per carry in 2015) until Brown returns.

The defense returns five starters to a unit that ranked 103rd in stopping the pass, even with Yannick Ngakoue notching a school-record 13.5 sacks. Will highly touted freshman Adam McLean live up to his billing? Jermaine Carter Jr. (eighth in the Big Ten in tackles last year) anchors the linebacker corps.

William Likely remains the most exciting player when he’s returning kicks and a work in progress when he’s in pass coverage.  New defensive coordinator Andy Buh is encouraged.

“They’re eager to learn and in line with our philosophy. We’re pleased with how fast they’re learning and their ability to fix mistakes quickly,” Buh said.

The schedule begins with Howard (1-10 in 2015) on Sept. 3 before a pair of road games in the sunshine state: Florida International and Central Florida are both coming off losing campaigns as well, with the Knights coming off an 0-12 campaign.

The Big Ten opener brings Purdue to College Park for homecoming, and that will probably be the last time the Terps will be favored to win until their season finale against Rutgers. 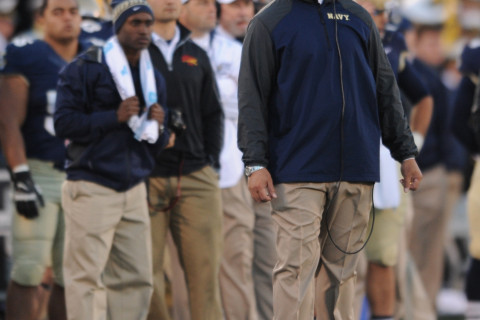 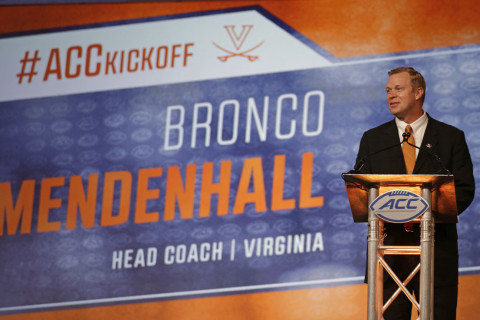