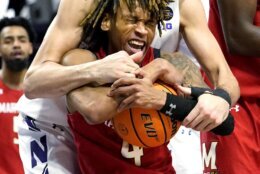 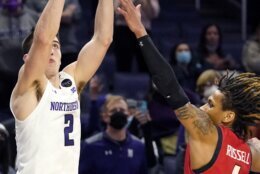 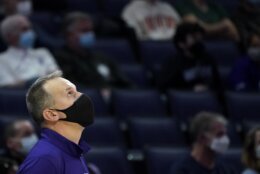 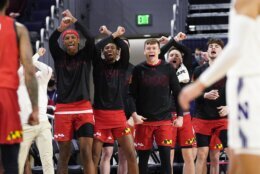 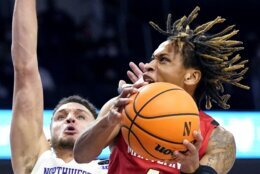 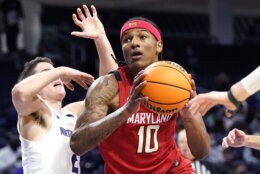 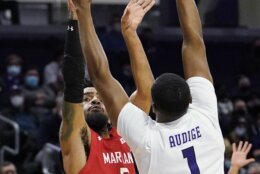 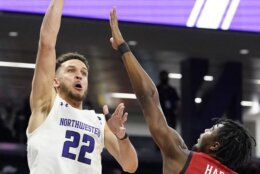 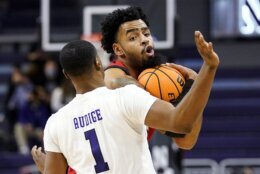 EVANSTON, Ill. (AP) — Eric Ayala finished with career highs of 26 points and 11 rebounds and Fatts Russell scored 13 of his 23 points after regulation to help Maryland fend off Northwestern 94-87 in double overtime on Wednesday night.

Ayala knocked down 5 of 11 from 3-point range in notching the first double-double of his career for the Terrapins (9-7, 1-4 Big Ten Conference), who snapped a three-game skid. Russell, a graduate transfer from Rhode Island — and the only active Division I player with 1,700 points, 450 assists and 225 steals — scored 13 of Maryland’s 22 points in the extra periods. Russell added seven assists.

Northwestern’s Robbie Beran scored on a layup with 3 seconds remaining to knot the score at 30 at halftime. Pete Nance made 1 of 2 free throws with 11 seconds left to send the game to OT tied at 72. Russell’s three-point play with 31 seconds to play knotted the score at 83 and forced a second OT. After the teams traded baskets, Hakim Hart and Russell sank back-to-back jumpers and the Terrapins never trailed again.

Hart finished with 18 points, eight rebounds and more importantly two steals for Maryland. The Terrapins are 8-0 this season when Hart has at least two steals. Donta Scott pitched in with 17 points, six rebounds and four assists before fouling out.

Nance scored a career-high 28 points and matched his career best with 14 rebounds to notch his fourth double-double of the season for Northwestern (8-6, 1-4). Beran added 14 points before fouling out, while Boo Buie scored 13 with seven boards.

Maryland will entertain Rutgers on Saturday. Northwestern, which has lost four straight, travels to play Michigan State on Saturday.

Also, Maryland announced that assistant coach Bruce Shingler has been suspended for 30 days for a violation of his employment agreement. The university had no further comment. 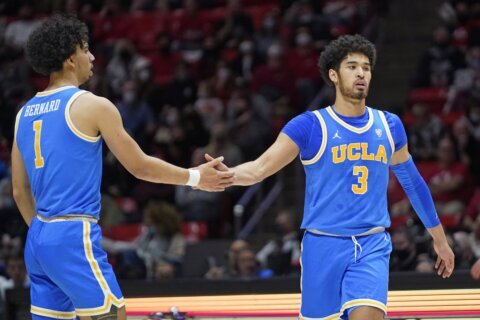