BOTTOM LINE: Florida Atlantic and VCU both look to put winning streaks together . Each program is coming off of a victory in their last game. VCU earned a 75-66 road win against Old Dominion on Saturday, while Florida Atlantic won easily 84-63 at home against Palm Beach Atlantic on Wednesday.

SUPER SENIORS: VCU’s Vince Williams Jr., Levi Stockard III and KeShawn Curry have combined to score 47 percent of the team’s points this season and have accounted for 46 percent of all Rams scoring over the last five games.MIGHTY MICHAEL: Michael Forrest has connected on 40 percent of the 80 3-pointers he’s attempted and has made 8 of 20 over his last three games. He’s also converted 82.8 percent of his free throws this season.

ASSIST RATIOS: The Owls have recently used assists to create baskets more often than the Rams. VCU has 37 assists on 75 field goals (49.3 percent) across its previous three contests while Florida Atlantic has assists on 60 of 94 field goals (63.8 percent) during its past three games.

DID YOU KNOW: The stout VCU defense has held opposing offenses to a field goal percentage of 36.5 percent, the 10th-lowest mark in Division I. Florida Atlantic has allowed opponents to shoot 44.8 percent through 10 games (ranking the Owls 275th). 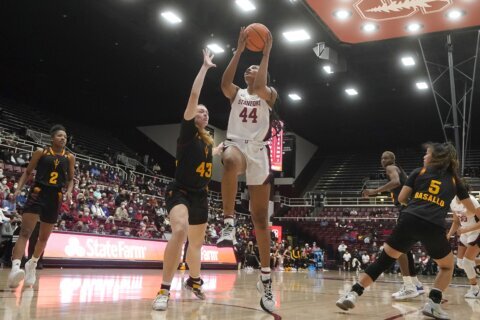