NKU goes up against Indiana

SUPER SENIORS: Indiana has relied heavily on its seniors this year. Race Thompson, Xavier Johnson, Miller Kopp and Parker Stewart have combined to account for 49 percent of the team’s scoring this year and 31 percent of all Hoosiers points over the last five games.TERRIFIC TREVON: Trevon Faulkner has connected on 36.2 percent of the 58 3-pointers he’s attempted and has gone 4 for 20 over his last three games. He’s also converted 64.7 percent of his free throws this season.

UNDEFEATED WHEN: Indiana is a perfect 9-0 when the team blocks at least five opposing shots. The Hoosiers are 0-2 this season when they block fewer than five shots.

GETTING DEFENSIVE: The stout Indiana defense has held opposing offenses to a field goal percentage of 35 percent, the third-lowest mark in Division I. Northern Kentucky has allowed opponents to shoot 44.2 percent through 10 games (ranking the Norse 264th). 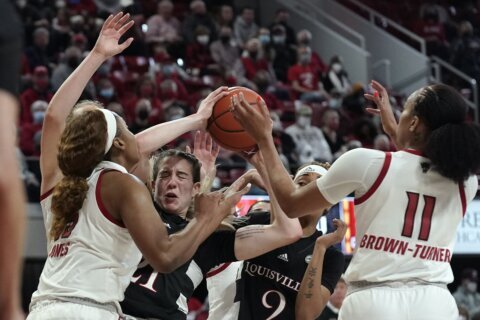