BOTTOM LINE: Liberty and Stanford are set to collide in the Diamond Head Classic. Stanford earned a 66-63 win over Wyoming in its most recent game, while Liberty won 76-74 against Northern Iowa in its last outing.

VETERAN LEADERSHIP: Liberty’s Darius McGhee, Keegan McDowell and Blake Preston have combined to account for 51 percent of all Flames scoring this season, although that figure has decreased to 34 percent over the last five games.DOMINANT DARIUS: McGhee has connected on 36.6 percent of the 123 3-pointers he’s attempted and has gone 16 for 38 over his last three games. He’s also made 78.8 percent of his free throws this season.

UNDEFEATED WHEN: The Cardinal are 5-0 when they turn the ball over 14 times or fewer and 2-4 when they exceed 14 turnovers. The Flames are 6-0 when the team records at least seven steals and 2-4 when falling short of that total.

DID YOU KNOW: The stout Liberty defense has held opposing offenses to a field goal percentage of 37.4 percent, the 18th-best mark in the country. Stanford has allowed opponents to shoot 45.1 percent from the field through 11 games (ranked 295th). 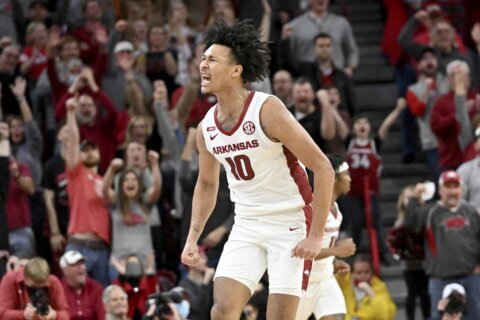