Penn State goes up against Cornell

BOTTOM LINE: Cornell and Penn State both look to put winning streaks together . Each team is coming off of a big home victory in their last game. Penn State earned a 74-59 win over St. Francis (NY) on Thursday, while Cornell won easily 107-48 over Wells College on Friday.

LEADING THE WAY: The Big Red are led by Chris Manon and Jordan Jones. Manon is averaging 13 points, 6.3 rebounds and two steals while Jones is putting up 15.3 points and four rebounds per game. The Nittany Lions have been anchored by seniors Sam Sessoms and John Harrar. Sessoms has averaged 18.3 points while Harrar has put up 12.7 points and 13 rebounds per game.MIGHTY MANON: Manon has connected on 37.5 percent of the eight 3-pointers he’s attempted and has made 3 of 5 over the last three games. He’s also made 65 percent of his foul shots this season. 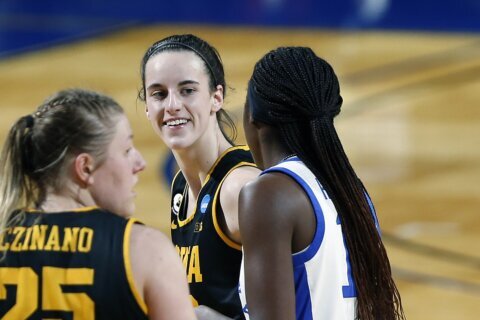