After escaping with closer-than-expected wins in their first two games, the Buckeyes started pouring it on early and never allowed the Mid-American Conference squad to get close.

E.J. Liddell and Meechie Johnson each scored 13 points. Zed Key had 12 points and nine rebounds, and Eugene Brown III had a career-high 12.

Chandler Turner led the Falcons with 12 points, and Samari Curtis and Joe Reese each had 11 points.

The Buckeyes shot 51% from the floor, hitting 12 of 32 attempts from beyond the arc. Their bench contributed 39 points, spearheaded by Johnson.

Bowling Green: The Falcons were ice cold and also overpowered on the boards 43-32.

Ohio State: The Buckeyes played their most complete game of the season after both Akron and Niagara hung around. But the Buckeyes also had a season-high 11 turnovers Monday. 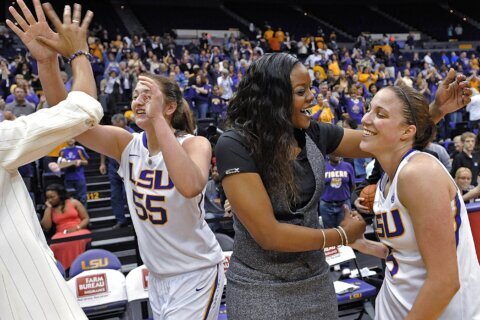