The Cardinals (5-1) shot 52.8% from the floor in a contest they never trailed. Emily Engstler drained a 3-pointer 1:37 into the game and the Cardinals steadily pulled away, leading by as many as 21 points.

Colorado State (5-1) was led by Sydney Mech and Karly Murphy with 12 points apiece.

ESTERO, Fla. (AP) — Ashley Joens had 23 points, including a critical late 3-pointer late, and Lexi Donarski scored 23 points for Iowa State, which blew most of a 21-point lead before beating Massachusetts to win the Gulf Coast Showcase.

Iowa State (7-0), which played its third game in as many nights and its fourth in a week, nearly ran out of gas with only seven available players.

UMass (7-1) chipped away at its deficit until Philoxy hit a 3-pointer to pull the team within a point with 2:59 to play. Joens answered with a 3 and UMass got no closer.

ESTERO, Fla. (AP) — Iimar’i Thomas scored eight of her 19 points in the last six-plus minutes and UCLA broke away late to beat St. John’s at the Gulf Coast Showcase.

Charisma Osborne also scored 19 points and added 11 rebounds and six assists for the Bruins (4-2), who salvaged a win after back-to-back losses to Kent State and South Dakota State. 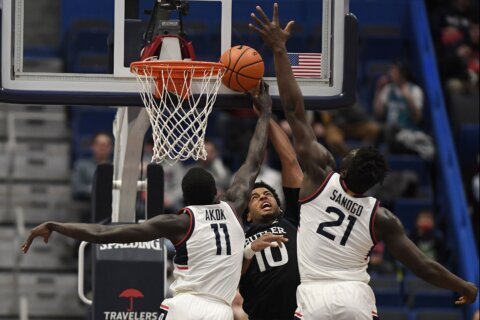 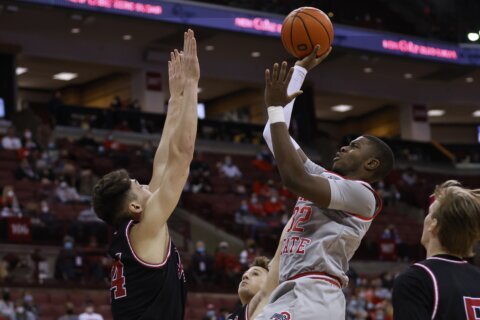