BOTTOM LINE: Two guards will be on display as Deion Hammond and Monmouth will take on Ant Nelson and Manhattan. The senior Hammond has scored 22 percent of the team’s points this season and is averaging 15.4 over his last five games. Nelson, a junior, is averaging 8.2 points over the last five games.

SUPER SENIORS: Monmouth has benefited heavily from its seniors. Hammond, George Papas, Melik Martin and Marcus McClary have collectively accounted for 60 percent of the team’s scoring this year and 62 percent of all Hawks points over the team’s last five games.

DEFENSIVE IMPROVEMENTS: The Hawks have allowed just 71.8 points per game to conference opponents thus far, an improvement from the 96 per game they allowed in non-conference play.DOMINANT DEION: Hammond has connected on 37.1 percent of the 70 3-pointers he’s attempted and has made 9 of 30 over the last five games. He’s also converted 71.1 percent of his free throws this season.

PERFECT WHEN: Monmouth is a perfect 7-0 when its defense holds opponents to a field goal percentage of 41.8 percent or less. The Hawks are 1-5 when allowing the opposition to shoot any better than that.

DID YOU KNOW: Monmouth is ranked first in Division I with an average of 75.5 possessions per game. 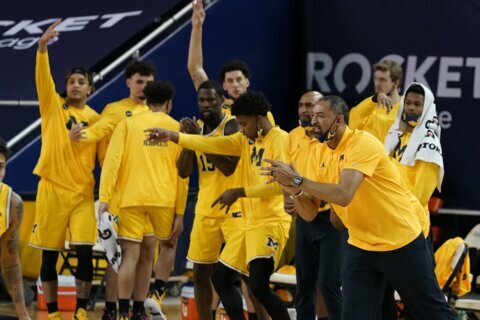